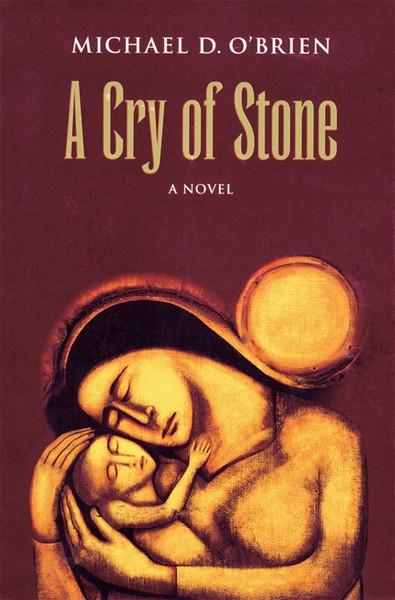 In this fifth novel in his series, Children of the Last Days, Michael O'Brien explores the true meaning of poverty of spirit. Loosely based on the real lives of a number of native North Americans, A Cry of Stone is the fictional account of the life of a native artist, Rose WGbos. Abandoned as an infant, Rose is raised by her grandmother, Oldmary WGbos, in the remotest regions of the northern Ontario wilderness. The story covers a period from 1940 to 1973, chronicling Rose's growth to womanhood, her discovery of art, her moving out into the world of cities and sophisticated cultural circles. Above all it is the story of a soul who is granted little of human strengths and resources, yet who strives to love in all circumstances. As she searches for the ultimate meaning of her life, she changes the lives of many people whom she meets along the way.

O'Brien takes the reader deep into the heart of a "small" person. There he uncovers the beauty and struggles of a soul who wants only to create, to help others to see what she sees. The story also explores the complex lies and false images, the ambitions and posturing that dominate much of contemporary culture, and shows how these have contributed to a loss of our understanding of the sacredness of each human life.

Once again, Michael O'Brien beautifully demonstrates that no matter how insignificant a person may be in the world's eyes, marvels and mysteries are to be found in everyone. His central character, Rose, is among the despised and rejected of the earth, yet her life bears witness to the greatness in man, and to his eternal destiny.