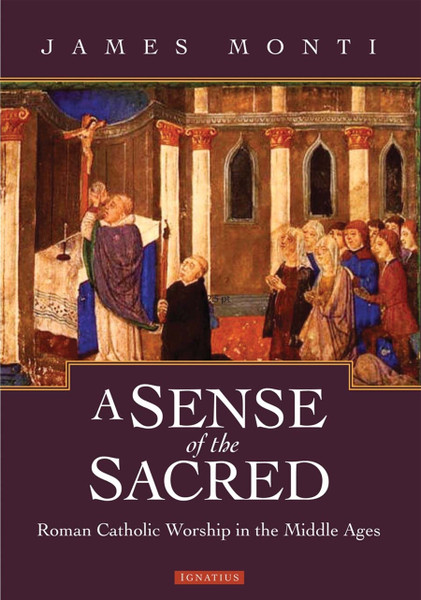 This incomparable volume presents a comprehensive exploration and explanation of medieval liturgical celebrations. The reverent prayers, hymns and rubrics used in the Middle Ages are described in detail and interpreted through the commentary of scholars from the same time period, the era which is also known as the "Age of Faith".

Collected here is a wide range of ceremonies, encompassing the seven sacraments, the major feasts of the liturgical year (such as Christmas, Easter, and Corpus Christi), and special liturgical rites (from the coronation of the pope to the blessing of expectant mothers). The sacred celebrations have been drawn from countries across western and central Europe-from Portugal to Poland-but particular attention has been given to liturgical texts of medieval Spain, which until now have received relatively little attention from scholars.

Historian James Monti has done exhaustive research on medieval liturgical manuscripts, early printed missals, and the writings of medieval liturgists and theologians so that the treasures they contain can inspire a sense of the sacred in future generations of Catholics.

"James Monti's treatise is an astonishing achievement, a book that can and will shape a new generation of intellectuals who are serious about the Catholic liturgy. Despite the title, this book is not only about medieval liturgy. It's about inspiring the creation of, and the provision of access to, truly sacred spaces in our time, even in a world that seems so barren of them. My own special interest is in Gregorian chant, but Monti's book helps broaden the picture to include a spiritual panorama of extraordinary breadth and depth. We have so much to learn from the past and so much to work toward for a bright and beautiful future of recaptured truth. "
- Jeffrey Tucker, Managing Editor, Sacred Music

"Among the ambiguous legacy of the Liturgical Movement of the twentieth century is the neglect and incomprehension of medieval liturgy. This book is a welcome contribution towards redressing this imbalance. James Monti recovers the tradition of mystical commentary on the sacred rites, a common heritage of East and West, and enriches it with his vast historical erudition. This volume will serve as a useful resource for anyone who wishes to enter into the spirit of the liturgy that shaped a millennium of Christian history."
- Fr Uwe Michael Lang, Cong.Orat., Author, Turning Towards the Lord

"James Monti's profound faith and incomparable scholarship shine in A Sense of the Sacred. This beautiful book, packed with amazing details and fascinating facts, makes the mystical richness of the Church's sacraments and sacred rituals come alive. One is struck with awe at the wonder of Catholic worship. This remarkable volume is clearly the fruit of one who deeply loves the liturgy and lives the mystery."
- Fr. Peter Cameron, O.P., Editor of Magnificat