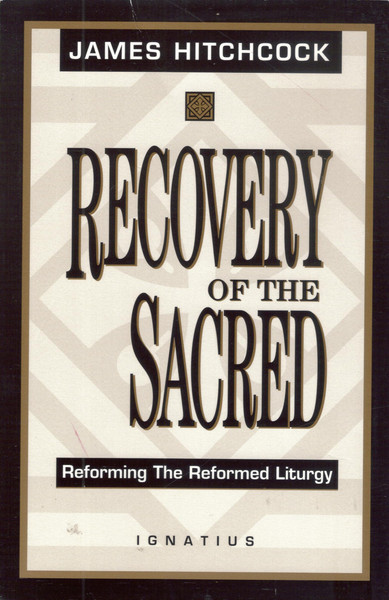 James Hitchcock gives an extraordinarily incisive analysis of the liturgical abuse and destructive liturgical reforms brought about by professional liturgists and other "experts" over the last thirty years. Hitchcock chronicles the havoc wreaked by modern liturgists who abandoned the noble purposes of the classical (pre-1965) Liturgical Movement whose aim was to deepen people's appreciation of the inexhaustible mystery of the liturgy by elevating the practice of the liturgy to incorporate neglected riches of earlier centuries, especially the Patristic Age. Instead of seeking a deeper understanding of the great traditions of the Church through the ages, liturgists have sought "relevance" by means of continued adaptation to contemporary culture.

Hitchcock reveals how the tendency toward a desacralized liturgy has had the most profound effects on the whole life of the Church, as well as society. One's basic approach to liturgy is likely to be both a reflection and a catalyst to a whole range of values and beliefs. As Hitchcock states, "It is impossible to change basic symbols and rituals without also changing the life of the society whose symbols and rituals they are."

"With typical clarity, Hitchcock indicts recent theological and liturgical attempts to suburbanize the Heavenly City. What was prophecy when it was first published, now is sober reflection. There is hope here for surviving the most tragic self-mutilation of Catholic culture since the Arian crisis of the fourth century."
- Fr. George Rutler, Author, Beyond Modernity