Paradoxes of the Sexual Revolution 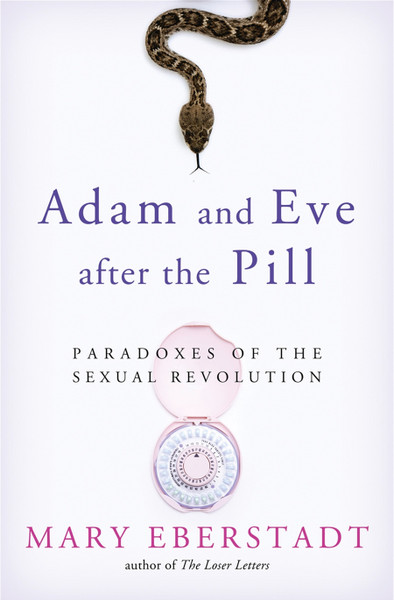 Secular and religious thinkers agree: the sexual revolution is one of the most important milestones in human history. Perhaps nothing has changed life for so many, so fast, as the severing of sex and procreation. But what has been the result?

This ground-breaking book by noted essayist and author Mary Eberstadt contends that sexual freedom has paradoxically produced widespread discontent. Drawing on sociologists Pitirim Sorokin, Carle Zimmerman, and others; philosopher G.E.M. Anscombe and novelist Tom Wolfe; and a host of feminists, food writers, musicians, and other voices from across today's popular culture, Eberstadt makes her contrarian case with an impressive array of evidence. Her chapters range across academic disciplines and include supporting evidence from contemporary literature and music, women's studies, college memoirs, dietary guides, advertisements, television shows, and films.

Adam and Eve after the Pill examines as no book has before the seismic social changes caused by the sexual revolution. In examining human behavior in the post-liberation world, Eberstadt provocatively asks: Is food the new sex? Is pornography the new tobacco?

Adam and Eve after the Pill will change the way readers view the paradoxical impact of the sexual revolution on ideas, morals, and humanity itself.

"With the skill of a literary surgeon, Eberstadt slices through the chimera of political correctness to lay bare the facts, statistics, and cultural realities of life after the sexual revolution. A compelling and provocative look at why an about-face is needed now to save Western Civilization from a cultural Doomsday, and is the solution to re-establish a healthy and moral cultural ethos."
- Johnnette S. Benkovic, Founder of Women of Grace®, Television & Radio Show Host, EWTN

p>"This is a brilliant, serious work of the kind we've needed for decades, and it's also entirely accessible, even winsome, in its prose."
- Joseph Bottum  p>"Mary Eberstadt  is intimidatingly intelligent."
- George Will, The Washington Post p>"Mary Eberstadt is our premier analyst of American cultural foibles and follies, with a keen eye for oddities that illuminate just how strange the country's moral culture has become."
- George Weigel, Ethics and Public Policy Center

"If you want to learn what the Pill and the ensuing sexual revolution really accomplished, you must read Adam and Eve After the Pill. Of course, neo-Malthusians talk up the Pill's benefits: the freedom from having children made it possible for women to pursue serious careers and in the process offered men a new kind of freedom, too. But as Eberstadt writes, how about the increasing unhappiness of women despite their liberation from the chores of raising children? Or husbands' loss of interest in their wives and the corresponding increase in male pornography addiction? Not to be ignored, either, is the effect of the sexual revolution on college campuses by date rapes, hookups, and binge drinking, all of which directly flow from the sexual revolution mandate that women must be sexually available."
- Dr. Raymond Dennehy, University of San Francisco

p>"The federal government - our United States federal government - is currently pushing the views expressed in this book to the sidelines.Adam and Eve after the Pill is a protest vote - a first among many. The Catholic bishops didn't just dream up a fight over contraception; it was forced on them, as Catholics' conscience rights have been directly trampled on. It's a moment for a badly needed education and reflection on the immiseration of the last few decades - one that has pitted Adam and Eve against one another in a most unnatural way. Mary Eberstadt's book is a treasure and a resource and a cultural catechesis. Please read it. And then share it."
- Kathryn Jean Lopez, editor-at-large, National Review Online

Adam and Eve After the Pill is a game-changer. Through careful research and compelling arguments, Mary Eberstadt blows the lid off of the lies of the sexual revolution, and establishes once and for all that the Pill has not been good for women -- or for men."
- Jennifer Fulwiler, Blogger, National Catholic Register

p>Adam and Eve After the Pill offers a sobering but superior evaluation of the contraception fallout. If we have eyes to see and ears to hear, this book will help women, men, and young adults connect the dots between the so called sexual revolution and a never ending list of societal ills. Hopefully it will also lead to the world taking another look at a long-ignored, much maligned, but truly prophetic encyclical ofHumanae Vitae."
- Teresa Tomeo, Motivational Speaker, Best Selling Catholic Author, Syndicated Catholic Talk Show Host