Chronicle of a Dream 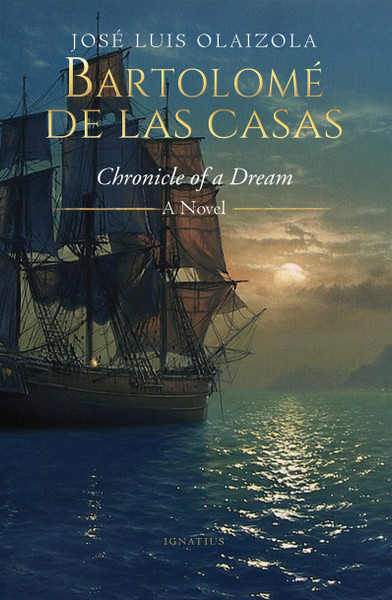 Bartolomé de las Casas is the most polemical figure in the great event that was the discovery and conquest of America. To some, because of his devotion to the defense of the rights of the natives, he is the apostle of the Indians; to others, because of his passionate denunciation of the excesses of the conquest, he is responsible for the black legend that Spain has had to bear for four centuries.

In this novel, José Luis Olaizola brings to light some of the key aspects of this singular figure, including the least known period of his life. His youth, as a prospector for gold in Hispaniola, his life as a rich landowner in Cuba, the owner of many Indian slaves, his love affairs with Indian women, his ordination as a cleric in order to get ahead in life, until his conversion and profession as a Dominican friar and staunch defender of the dignity and equality of all men, including the Indians, are told in this epic work.

All the colorful characteristics of the sixteenth century vividly unfold in this book, which is narrated in the form of an autobiography, including the tropical beauty of the islands--Santo Domingo, Cuba, Puerto Rico, Jamaica--in which, according to de las Casas, the Earthly Paradise was located. The greed and lechery of the Spanish conquistadors and bureaucrats who held the Indians in bondage are mixed with the courage and nobility of those who risk their lives to bring the message of God’s love to those lands.

Courtiers, functionaries, adventurers, kings, and friars make a striking mosaic within the rigorous frame of history which we are accustomed to be given by José Luis Olaizola.