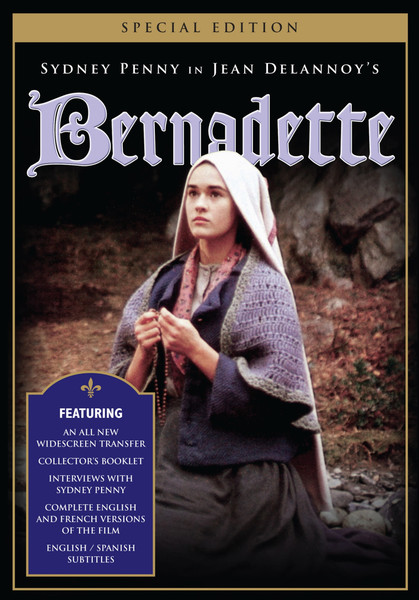 The inspiring story of a 17th century French priest who reluctantly became involved in educating poor children and in the process became the Founder of the Brothers of the Christian Schools, an order known today as the De La Salle Christian Brothers. Actor Mel Ferrer gives a heartfelt performance as St. John Baptist de La Salle, a priest from a wealthy upper-class family who gave up everything to serve the needs of educating poor children, facing tremendous opposition along the way.

Today there are some 70,000 Lasallian educators, with about 900 of their educational institutions, including 64 colleges and universities, who join over 5,000 Christian Brothers in providing a Catholic education for a million students. His story is one of God's Providence, of great charity and perseverance, and of a genuine application of the Gospel to daily life in

This DVD is available for sale in US and Canada only.

Widescreen Edition with many Special Features!

From Jean Delannoy, one of France’s foremost filmmakers, comes this top quality feature film production of the story of St. Bernadette and the apparitions of Our Lady of Lourdes. Actress Sydney Penny gives a beautiful performance as Bernadette, and the rest of the cast is equally superb. Also stars Roland Lesaffre and Michele Simonnet. It is highly recommended by the Vatican as a “sensitive portrayal of a very moving story that deserves a wide audience.”Shot on location in France with outstanding cinematography and a beautiful music score, this is the film that was chosen to be shown daily at the shrine in Lourdes.

This DVD contains the following language tracks: English with English or Spanish subtitles