A Catholic Defense of Capital Punishment 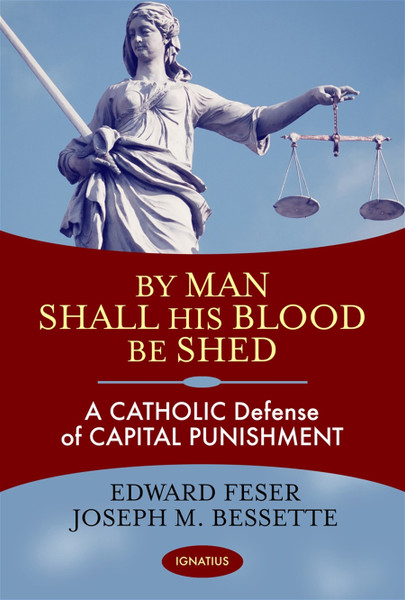 The Catholic Church has in recent decades been associated with political efforts to eliminate the death penalty. It was not always so. This timely work reviews and explains the Catholic Tradition regarding the death penalty, demonstrating that it is not inherently evil and that it can be reserved as a just form of punishment in certain cases.

Drawing upon a wealth of philosophical, scriptural, theological, and social scientific arguments, the authors explain the perennial  teaching of the Church that capital punishment can in principle be legitimate—not only to protect society from immediate physical danger, but also to administer retributive justice and to deter capital crimes. The authors also show how some recent statements of Church leaders in opposition to the death penalty are prudential judgments rather than dogma. They reaffirm that Catholics may, in good conscience, disagree about the application of the death penalty.

Some arguments against the death penalty falsely suggest that there has been a rupture in the Church's traditional teaching and thereby inadvertently cast doubt on the reliability of the Magisterium.  Yet, as the authors demonstrate, the Church's traditional teaching is a safeguard to society, because the just use of the death penalty can be used to protect the lives of the innocent, inculcate a horror of murder, and affirm the dignity of human beings as free and rational creatures who must be held responsible for their actions.

By Man Shall His Blood Be Shed challenges contemporary Catholics to engage with Scripture, Tradition, natural law, and the actual social scientific evidence in order to undertake a thoughtful analysis of the current debate about the death penalty.

"Based primarily on the natural law, this excellent and much-needed book will be valuable to Catholics and readers of any faith who ask why capital punishment is justified."
— J. Budziszewski, Ph.D., University of Texas

"At long last, we have a serious and intelligent look at all aspects of the death penalty —its causes, its justification, its consequences for the victim, the criminal himself, and for civil society."
— James V. Schall, S. J., Professor Emeritus, Georgetown University

"An illuminating study of a subject often clouded by emotions.  An essential read for anyone who wants to understand this thorny subject."
— Robert Royal, President, Faith and Reason Institute

"The arguments in this book have clarified many of the contentions of this critical issue in my mind."
— Fr. Robert A. Sirico, President, The Acton Institute

All Shall Be Well