Creation, Evolution, and a Rational Faith 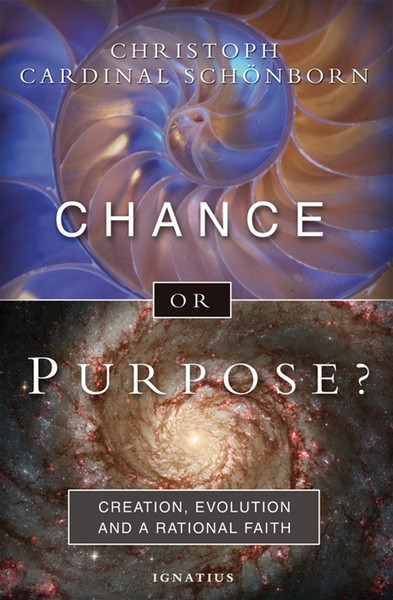 Cardinal Christoph Schönborn's article on evolution and creation in The New York Times launched an international controversy. Critics charged him with biblical literalism and "creationism".

In this book, Cardinal Schönborn responds to his critics by tackling the hard questions with a carefully reasoned "theology of creation". Can we still speak intelligently of the world as "creation" and affirm the existence of the Creator, or is God a "delusion"? How should an informed believer read Genesis? If God exists, why is there so much injustice and suffering? Are human beings a part of nature or elevated above it? What is man's destiny? Is everything a matter of chance or can we discern purpose in human existence?

In his treatment of evolution, Cardinal Schönborn distinguishes the biological theory from "evolutionism", the ideology that tries to reduce all of reality to mindless, meaningless processes. He argues that science and a rationally grounded faith are not at odds and that what many people represent as "science" is really a set of philosophical positions that will not withstand critical scrutiny.

Chance or Purpose? directly raises the philosophical and theological issues many scientists today overlook or ignore. The result is a vigorous, frank dialogue that acknowledges the respective insights of the philosopher, the theologian and the scientist, but which calls on them to listen and to learn from each another.

"Cardinal Christoph Schoenborn's 2005 essay in the New York Times, which seemingly condemned Darwin's scientific theory of evolution, ignited a firestorm of controversy. Yet the hasty responses did not look deeply enough into the Cardinal's words. Rather than the science of Darwin, it is the philosophical claims made in its name that the prelate upbraided. Science cannot speak of ultimate purpose, and scientists who do so are outside of their authority. In Chance or Purpose the Cardinal shows that the data of biology, when properly examined by reason and philosophy, strongly point to a purposeful world."
— Michael Behe Author, Darwin's Black Box

p>"Cardinal Schoenborn writes with masterful simplicity on profound theological issues. I, as a scientist and Christian outside the Catholic tradition, welcome his wisdom. He argues effectively that there are multiple approaches to reality, and he states clearly that while intelligent design is worthy of human reflection, from a scientific perspective the evolutionary model is the true story."
— Owen Gingerich, Professor Emeritus of Astronomy and History of Science, Harvard University. Author of God's Universe

"Intellectual curiosity is here joined with precision of reason and vibrancy of faith. The result is a wondrously instructive guide to one of the most controverted questions of our time by one of the most influential leaders of the Church."
— Richard John Neuhaus Editor, First Things

p>"Anyone reading this sentence knows that eyes are meant for seeing. Yet in today's debates over evolution, the question of meaning ranks among the most controversial (even if obvious) features of our world. In the din of this muddled debate, Cardinal Schoenborn speaks as a true teacher of the Catholic faith, unafraid to apply the core wisdom of the Bible to the two Top Questions that haunt us all: where do we come from and where are we headed? Any attempt to answer these two tormenting mysteries will either begin here or never find their resolution."
— Edward T. Oakes, S.J., University of St. Mary of the Lake Mundelein, Illinois.