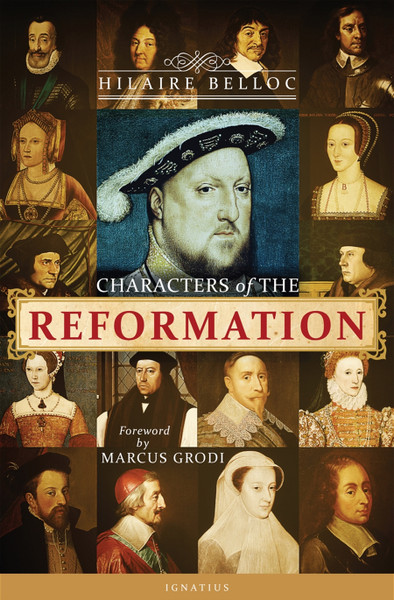 In one of his most fascinating books, Anglo-French writer Hilaire Belloc presents in bold colors the twenty-three principal characters of the Protestant Reformation. He focuses primarily on those figures who changed the course of English history, analyzing their strengths, mistakes, motives and deeds.

With brief and vivid chapters, Belloc paints the portraits of Henry VIII, Anne Boleyn, Elizabeth I, Thomas More, Mary Tudor, Thomas Cromwell, Mary Stuart and many others. He illustrates how the motives of Protestant leaders were rarely religious in nature, but usually political or economic.

Belloc, who served in Parliament from 1906 to 1910, underscores his study of these powerful personalities with the fact that Christendom was once a single entity under the authority of the Catholic Church. Until the Reformation, he argues, each country viewed itself as a part of the whole.

Many European princes, however, resented the power of the Pope. The Reformation, aided by the rise of nationalism, was a means for them to shake off Papal authority and to rule their territories independently. It also gave European monarchs control over the Church and its property in their realms, including the taxes that would normally be sent to Rome.

"Hearing the stories of those who played instrumental roles in the divisions caused by the Reformation can open us up to a better understanding of why these divisions occurred and how the unity that our Lord prayed for can be reestablished."
— Marcus Grodi, EWTN TV Host, The Journey Home, from the Foreword

"You can't understand where we are now without understanding the dramatic events that took place during the Reformation. That's why you should let Hilaire Belloc be your guide to the fascinating stories of the men and the women—both saints and sinners—who played such crucial roles in shaping our world today."
— Jimmy Akin, Author, A Daily Defense: 365 Days to Becoming a Better Apologist

"Anybody seeking a sane perspective on the Reformation—particularly as the tragedy (and the redemptive work of God) in the lives of men and women on both sides of the conflict —simply must have a copy of Belloc's great classic."
— Mark P. Shea, Author, By What Authority: An Evangelical Discovers Catholic Tradition

"This is more than a chronicle of events. This is the story of hearts and minds intertwined and divided, set against one another by things sometimes within the characters' control and sometimes not. It is vintage Belloc."
— Karl Keating, Author, Catholicism and Fundamentalism

"One of the keys to understanding the dizzying landscape of Protestantism today is to go back to its founders. Belloc does just that in this classic book."
— Devin Rose, Author, The Protestant's Dilemma