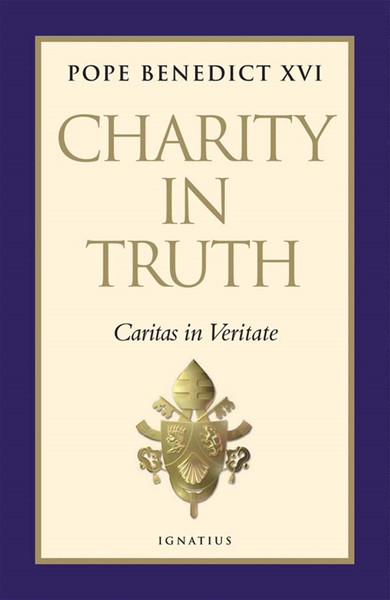 Benedict XVI has something for everyone in Charity in Truth—from praising profit to defending the environment, from calling for a role for government in the economy to insisting on the necessity of moral transformation and "gratuitousness" in economic life, from the issue of immigration to the importance of technology. However, he also insists on discernment and the purification of our ideas by faith and reason, in order to temper any immoderate and one-sided enthusiasms.

Charity and Truth was expected to be—and is—the Pope's encyclical on "social justice." And indeed "justice" and "rights" find their proper place. But "charity" and truth are shown to be the fundamental principles. Charity is at the heart of the Church's social doctrine, he writes. "Without truth, without trust and love for what is true, there is no social conscience and responsibility, and social action ends up serving private interests and the logic of power".

Benedict calls for "integral human development," which promotes "the good of every man and of the whole man", including the spiritual dimension, "the perspective of eternal life". Without this, "human progress in this world is denied breathing-space."

What's more, true development requires "openness to life". ""If there is lack of respect for the right to life and a natural death," he writes, "if human conception, gestation and birth are made artificial, if human embryos are sacrificed to research, the conscience of society ends up losing the concept of human ecology and, along with it, that of environmental ecology. It is contradictory to insist that future generations respect the natural environment when our educational system and laws do not help them to respect themselves."

With respect to economics, the Pope insists every economic decision has a moral consequence. He avoids the extremes of an unbridled capitalism and socialism. Instead, he holds that "the logic of the market and the logic of the State"—free economic exchange with political oversight and restraint—are not enough to secure human flourishing. There must be a generosity and gratuitousness among citizens and nations that goes beyond economic and political systems. "Charity" is necessary for "justice" to be "justice".

Benedict also argues that technology must not be seen as automatically providing solutions to problems, without the need for morality. Nor must man seek to avoid responsibility for overcoming social problems by rejecting technological development as inevitably evil. Benedict insists that man must be humble yet confident that he can, through faith and reason, make true progress in human development.

Mother Seton and the Sisters of Charity