Meditations on the Church's Marian Belief 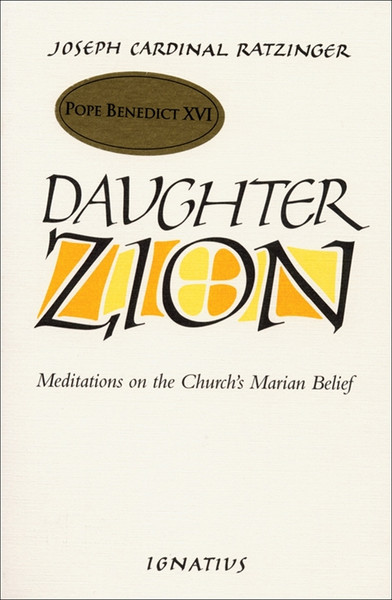 Daughter Zion explores the biblical witness to the Church's Marian dogmas―Mary’s role as Mother of God, her virginity, the Immaculate Conception, and her Assumption into heaven. Cardinal Ratzinger examines how these beliefs are linked to the Church’s faith in Jesus Christ. Far from competing with the truth about Christ, the Church’s Marian beliefs uphold and underscore that truth.

Mary’s role in salvation, according to Cardinal Ratzinger, was anticipated in the Old Testament. She was prefigured in Eve, the Mother of the Living; in the holy women of the Old Testament, such as Sarah, Hannah, Deborah, Esther, and Judith; and in the prophetic image of the daughter Zion. Cardinal Ratzinger also considers Mary’s place as the embodiment of created wisdom, who faithfully received the Uncreated Wisdom of the Word of God in the Incarnation. Daughter Zion avoids the extremes of ignoring the biblical foundation for Marian doctrine on the one hand and fundamentalistic proof-texting on the other. Instead, the author beautifully and lucidly develops key biblical themes to help readers understand and appreciate the Mother of God.

Raising a Strong Daughter in a Toxic Culture

Mary in the Bible and in Our Lives (Digital)