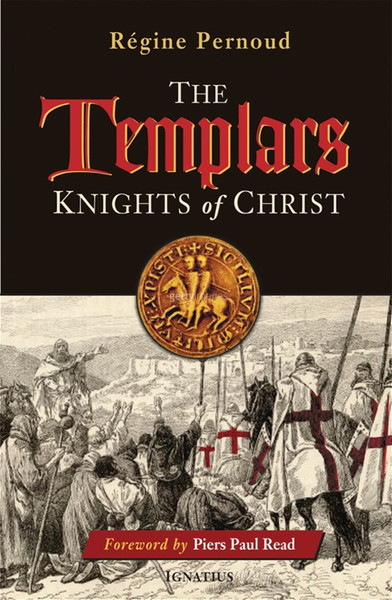 For centuries, historians and novelists have portrayed the Knights Templar as avaricious and power-hungry villains. Who were these medieval monastic knights, whose exploits were the stuff of legend even in their own day? Were these elite crusaders corrupted by their conquests, which amassed them such power and wealth as to become the envy of kings?

Indignant at the discrepancies between the fantasies, on which "writers on history of every kind and hue have indulged themselves without restraint", and the available evidence, RTgine Pernoud draws a different portrait of these Christian warriors. From their origins as defenders of pilgrims to the Holy Land to their dramatic finish as heretics burned at the stake, Pernoud offers a concise but thorough account of the Templars' contribution to Christendom.

“From Walter Scott’s Ivanhoe to Dan Brown’s The Da Vinci Code, the portrayal of the Templars is as false as it is absurd. This distortion exasperated, and even enraged, the French historian Régine Peroud, who has already set right many of our misapprehensions about the Middle Ages. Now in The Templars she rehabilitates the devout Catholic knights, exposing ‘the incredible crop of fanciful allegations attributing to the Templars every kind of esoteric rite and belief, from the most ancient to the most vulgar. . . .’ As she rightly points out, the truth is accessible in archives and libraries: it is not impossible to uncover the facts. The result is an excellent, unadorned history that is a pleasure to read.”
—Piers Paul Read Author, The Templars: The Dramatic History