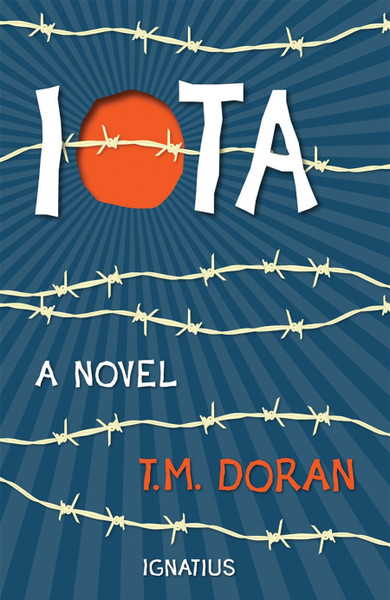 Jan Skala has been arrested and imprisoned by the Russian liberators of Prague, but he does not know why. Or does he?

During the Nazi occupation of the city, the journalist stayed above ground and continued to work for his fatherಙs newspaper, which had fallen into the hands of the Gestapo. What must the Russians think of Jan? But more importantly, what does Jan think of himself?

The intriguing characters sharing his detention facility all have a backstory, but Jan cannot be sure if any of them is telling the truth. And what about Jan? Is he who he claims to be? Although the business of daily survival begins to trump every other concern, the men nevertheless struggle to understand their fate.

Iota is a poignant drama about what men believe and how they might act accordingly. The story takes place during a two-month period immediately following World War II, in a temporary Soviet detention facility near a devastated Berlin. It is a mystery-suspense story about what it means to be human and whether it is possible to retain oneಙs humanity in the face of evil.

"Iota is a plunge into the darkest waters of human motivation and character. Set in a political prison at the end of World War II, the story of the 'cage' is also a metaphor for the imprisonment of minds and souls in various forms of unbelief. It is ultimately about redemption, sacrifice, and mercy."
- Michael D. O'Brien, Author, Fr. Elijah: An Apocalypse

"A gripping read. The atmosphere of tension, squalor and fear is brilliantly sustained and the plot has thrilling twists right to the end."
- Lucy Beckett, Author, Postcard from the Volcano

"This compelling story reads like an eyewitness account. At times moving, harrowing and genuinely terrifying, Doran's Iota asks unsettling questions about the nature of innocence, guilt, courage and complicity. I simply could not put it down."
- Fiorella De Maria, Author, Do No Harm

"The urge to track down and bring to justice is a powerful one. We see it at work here in IOTA. In the end, we learn what we ought to do by not doing what we set out to do."
- James V. Schall, S. J., Author, Reasonable Pleasures