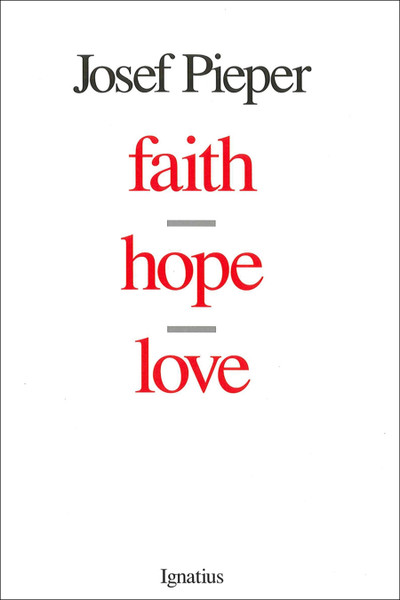 This volume, three separate books in one edition, is a collection of Josef Pieper's famous treatises on the three theological virtues of Faith, Hope, and Love. Each of these treatises was originally published as a separate work over a period of thirty-seven years, and here they are brought together in English for the first time.

The first of the three that he wrote, On Hope, was written in 1934 in response to the general feeling of despair of those times. His "philosophical treatise" on Faith was derived from a series of lectures he gave in the late 1950s and early 1960s. His most difficult work, one that he struggled with for years - and almost abandoned - was his work On Love. Pieper now feels that this is the most important book he has written. He discusses not only the theological virtue of caritas-agape, but also of eros, sexuality, and even "love" of music and wine.