The Psychology of Atheism 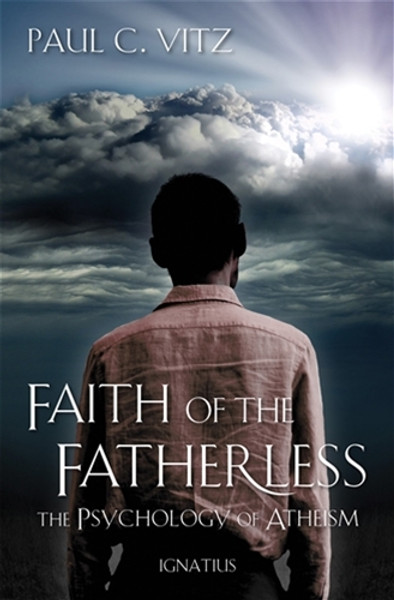 In this updated, expanded edition, starting with Freud's "projection theory" of religion - that belief in God is merely a product of man's desire for security - Professor Vitz argues that psychoanalysis actually provides a more satisfying explanation for atheism. Disappointment in one's earthly father, whether through death, absence, or mistreatment, frequently leads to a rejection of God.

A biographical survey of influential atheists of the past four centuries shows that this "defective father hypothesis" provides a consistent explanation of the "intense atheism" of these thinkers. A survey of the leading defenders of Christianity over the same period confirms the hypothesis, finding few defective fathers. Vitz concludes with an intriguing comparison of male and female atheists and a consideration of other psychological factors that can contribute to atheism.

Professor Vitz does not argue that atheism is psychologically determined. Each man, whatever his experiences, ultimately chooses to accept God or reject him. Yet the cavalier attribution of religious faith to irrational, psychological needs is so prevalent that an exposition of the psychological factors predisposing one to atheism is necessary.

p>"Quite simply, Paul Vitz's Faith of the Fatherless is a minor classic, a book that should be on the short list of all those who want to understand, in the deepest terms, the ill effects caused by the failures of fatherhood. Faith of the Fatherless should function as a gateway book to research in all fields examining our current, highly-secularized culture, a culture marked deeply by both unbelief and hostility toward the family and especially fatherhood."
- Benjamin Wiker, Author, Architects of the Culture of Death p>"In deploying Freudian theory against atheism itself, Paul Vitz has proven beyond a doubt what's missing from secular accounts of secularization: namely, actual human beings. His thesis is intellectual jujutsu of the first order, as anyone reading this timely revisiting will appreciate in full."
- Mary Eberstadt, Author, The Loser Letters and Adam and Eve after the Pill

"Paul C. Vitz has republished one of the most profound books in the emperical psychology of religion, Faith of the Fatherless, now with additional data. Here he skillfully demonstrates objective analogies between the family experiences of articulate atheists and their pronouncements concerning the family of God. Of course, since there is "nothing" more personal than God-and our beliefs and relationships to God-our capacities for personal relationship matter tremendously in the formation of our divine beliefs. Everything is interconnected, we know. However, Prof. Vitz's engaging style makes his demonstration of these objective analogies especially memorable and useful for understanding unbelief and ourselves."
- Paul de Vries, PhD, President, NY Divinity School

p>"The reasons for belief in God and unbelief are complex and varied and hotly disputed. Paul Vitz makes a striking contribution to the current debate with an elegant and thoroughly plausible explanation for much atheism that turns the traditional Freudian critique of religion on its head. Relying on the biographies of well-known modern atheists, he finds significant evidence that negative childhood experiences with regard to one's father can severely compromise one's capacity to believe in God. Whatever one's beliefs, there is much to ponder in this well-written and well-researched book."
- Eric L. Johnson, PhD, Director, Society for Christian Psychology