One Woman's Path through the Riddles of God 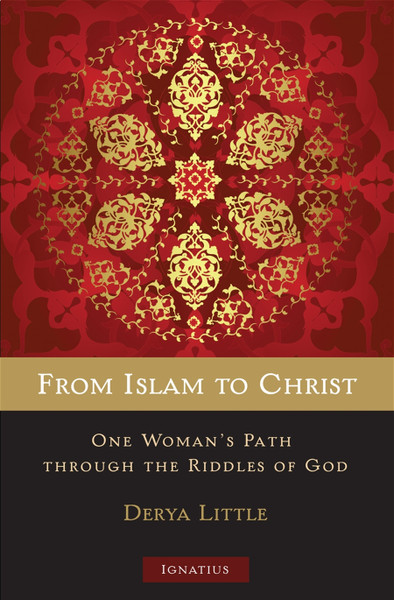 Born and raised in Muslim Turkey, Derya Little wandered far and wide in search of her true home. After her parents' divorce, she rejected her family's Islamic faith and became an atheist. During her stormy adolescence, she tried to convince a Christian missionary that there is no God but was converted to Christ instead.

Her winding path through the riddles of God was not over, however. While attending a Turkish university and serving as a Christian youth minister, Derya began to compare the teachings of Protestantism and Catholicism, and during her doctoral studies in England, she entered the Catholic Church. Ultimately, she ended up in the United States, where she has become a citizen and has settled down to raise a family.

Derya's story provides a window into both Islam and modernity. It shows that the grace and the mercy of God know no bounds.  Rather, the good news of salvation in Jesus Christ reaches souls in the most unlikely places.

From Islam to Christ offers an intimate glimpse into a very unique journey of faith, and in the process touches on many critical issues of our time."
—Jennifer Fulwiler, Author, Something other than God

"On [Little's] journey from Islam to atheism to Evangelical Christianity to Roman Catholicism, we see how the Divine Physician brings a healing balm to many open wounds people live with today."
— Kathryn Jean Lopez, from the Foreword; Senior Fellow, National Review Institute

"Derya Little offers a rollicking, multi-tiered conversion story, which is also a touching search for love. Her emotional transparency, however, also engages the mind as she pushes through opinion after opinion in her search for truth."
— Al Kresta, Radio Host, Kresta in the Afternoon

" 'For such a time as this.'  That powerful verse from the Old Testament Book of Esther comes to mind when reading Derya Little's autobiography."
— Teresa Tomeo, Author, Extreme Makeover:Women Transformed by Christ

"Muslims are encountering Christ in greater numbers than ever before. It is up to us to take inspiration from Derya Little's story to bring Jesus to the millions more Muslims for whom he died and rose."
— Mark Shea, Author, By What Authority?