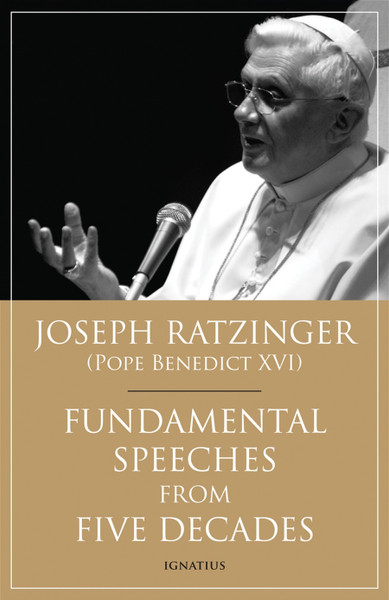 While a professor of theology and throughout his rise in the Roman Catholic hierarchy, Joseph Ratzinger again and again delivered important speeches over the course of five decades at the Catholic Academy of Bavaria (1963-2004). The broad spectrum of topics-from the primacy of the papacy to the moral foundations of western society-demonstrated not only his breadth of knowledge but also his prescience, for these issues remain important for both the Church and modern man.

The fundamental speeches in this volume are arranged thematically. And before each one is a brief introduction written by Dr. Florian Schuller, the director of the Catholic Academy of Bavaria in Munich, who also contributed the foreword.

"When we read through [these speeches] again, we were surprised by their lasting relevance and are therefore presenting them as...fundamental speeches that display the breadth and core of the theological thought of Pope Benedict XVI."
-Dr. Florian Schuller, Editor & Director of the Catholic Academy of Bavaria

Heart of the Christian Life (Digital)

A School of Prayer (Digital)