Henri de Lubac and the Shaping of Modern Theology 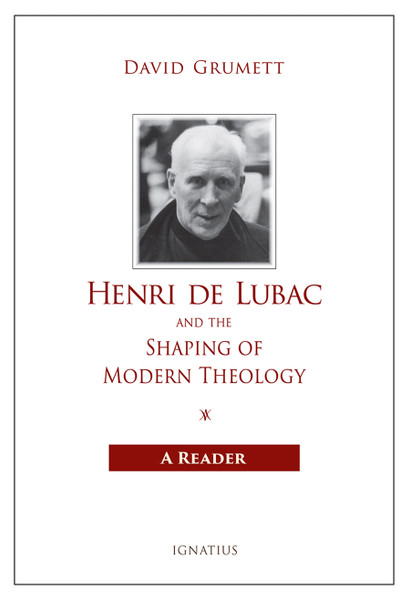 Henri de Lubac and the Shaping of Modern Theology

The French Jesuit Henri de Lubac (1896–1991) lived through the most pivotal events of twentieth-century Europe. He fought in the First World War, worked for the French Resistance during the Nazi occupation of France, and observed the rise and the fall of Communism in Eastern Europe. Being well acquainted with political theory and philosophy, he diagnosed the pathologies of modern materialist ideologies and presented a Christian alternative.

Within the Church, too, de Lubac was a witness of his times. A leading ressourcement theologian, he brought patristic and medieval texts to bear on doctrinal questions. In the 1950s, he experienced internal exile within the Church, forbidden to publish theological writings. After de Lubac's rehabilitation, however, Pope John XXIII asked him to serve as a consultant for the Second Vatican Council. In 1983 Pope John Paul II named him a cardinal.

De Lubac's theological writings are voluminous and wide-ranging, and this is the first time his most important texts have been combined into a single book. Annotated and arranged by theme, these passages address God, Christian faith, the Church, grace and nature, Scripture, the Eucharist, Buddhism, and the renewal of theology.

Drawing on a wide range of sources, including some only recently made available, the introduction sheds new light on de Lubac’s work—its intellectual, social, and political contexts—and on his life, especially his later years. An extended postscript appraises the most important scholarship on de Lubac regarding the key themes covered by the texts.

"The reader can rest assured: both the editor's selection from de Lubac's texts and the overall perspective in which he presents them are admirably managed."
— Aidan Nichols, O.P., Author, The Theologian's Enterprise

"A fine introduction to the vast, deeply magisterial landscape of Cardinal Henri de Lubac's theology—with two thorough overviews of the life and legacy of the French Jesuit. Cardinal de Lubac was a loyal son of the Church who helped shape some of the twentieth century's greatest minds, including Pope John Paul II and Pope Benedict XVI."
— Gerhard Cardinal Müller, Author, The Power of Truth

"Henri de Lubac studied in sanctity and suffered in silence. Underappreciated in his lifetime, his work prepared the way for much of the renewed biblical theology of Vatican II as well as today's revival of the Church Fathers as sure guides to the mind of Christ and his Church. Grumett's illuminating comments and de Lubac's most important pages converge here to help us appreciate the life and the work of one of the twentieth century's most important theologians."
— Fr. David Meconi, S.J., Director of Catholic Studies, St. Louis University; Editor, Homiletic & Pastoral Review

"A wonderfully complete overview of the life and work of Henri de Lubac! The readings capture well the range and depth of his theology. This will be a vade mecum for all those who study de Lubac—and wish to follow him in the vast sweep of his different undertakings over nearly a century."
— David L. Schindler, Professor of Theology, Pontifical John Paul II Institute for Studies on Marriage and Family

"A prodigious scholar who has devoted many years to de Lubac's life and work, David Grumett offers more than a reader. This is the first ordered and thematic presentation of de Lubac's extensive oeuvre, the importance of which has not always been fully appreciated. Grumett's introduction, annotations, postscript, and index make this a major scholarly work, yet one that is accessible to student and professional alike."
— Paul Crowley, S.J., Santa Clara University, Religious Studies Department