Of the Middle Ages and Beyond 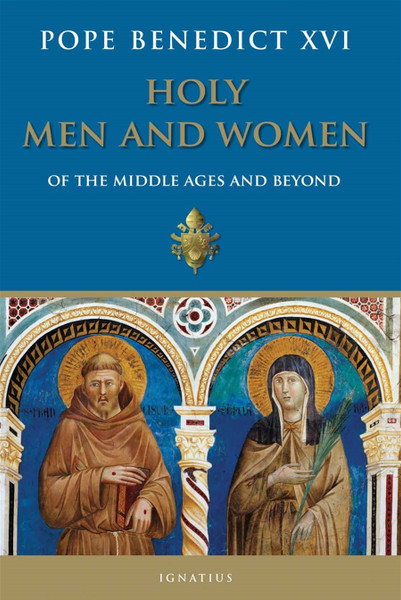 Pope Benedict XVI continues his exploration of the greatest teachers and role models in the history of the Church with these sketches of twenty-six men and women from the Middle Ages and beyond.

From the start of his pontificate, the Pope has used his Wednesday audiences to present the timeless wisdom that has been expressed in the writings and lives of holy men and women down through the ages. He began with the Apostles and then moved to the Fathers of the Church. Next he presented the great Christian teachers of the late Roman Empire and the early Middle Ages. In this volume, he picks up the thread in the high Middle Ages with the inspirational St. Francis and St. Dominic, followed by some of the men and women they profoundly influenced, such as Clare, Bonaventure, and Thomas Aquinas.

The collection goes beyond the Middle Ages and includes some Counter-Reformation saints, for example, Teresa of Avila, John of the Cross, and Robert Bellarmine. It concludes with a very popular saint closer to our own times who was made a Doctor of the Church by Pope John Paul II: Thérèse of Lisieux.

The theme that unites these men and women across time is the constant need of the Church for renewal. In every generation, God raises up holy ones who challenge Christians to live as they ought-as true disciples of Christ.

Be Filled With the Holy Spirit

How to Be Holy