I Am With You Always (Digital) 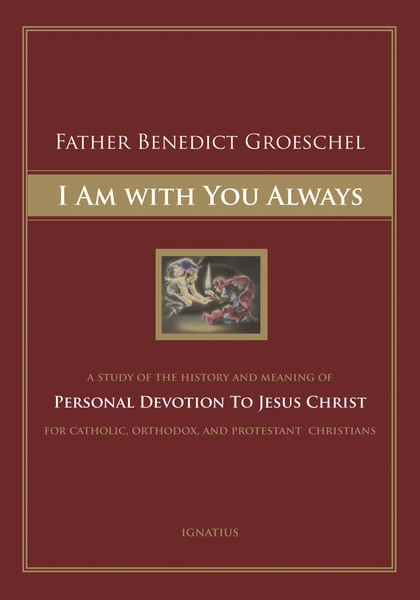 I Am With You Always (Digital)

A Study of the History and Meaning of Personal Devotion to Jesus Christ for Catholic, Orthodox and Protestant Christians

The devotional life of Christians over the two millennia since Jesus' birth has been one of motion, changing and growing in response to the challenges presented to the Church, the temperaments of newly baptized nations, and controversies about how we can and should relate to God. And yet the core of authentic Christian devotion has not changed-it remains today, as it was in the time of the Church Fathers, the trusting and personal encounter with Christ that is both open and foundational to the life of all Christian believers.

In this book the well-known spiritual writer and teacher Fr. Benedict Groeschel, C. F. R., surveys the development and trials of Christian devotion from the days of the martyrs until the twentieth century. Tracking it through the centuries and among "sadly divided branches of Christianity", he finds a commonality of experience and even of language that is constantly ignored among Christians themselves. By observing what "image of Christ" the canvas of common devotion portrays, he hopes we will move "not to discredit this image, but to sharpen it and make it more consistent with the New Testament and the ancient Church".

Though the devotional life is sometimes brushed off as unimportant in comparison to a theological understanding of Christ, Groeschel warns that such dismissal threatens to make distant, unknown and obscure the Savior who said "I am with you always." The answer instead is to draw near to Jesus in devotion and with authentic expressions of that devotion, which themselves help paint the image of Christ found concretely in revelation onto the minds and daily life of the devout.

Begun on a pilgrimage to the Holy Land, and the result of years of preparation and a whole life of guiding people as priest, public preacher, psychologist and spiritual director, this book will help Catholic, Orthodox and Protestant believers gain not only a comprehensive view of how pious Christians over the centuries have lived out their devotion to God, but the examples and perspective they need to live more devoutly today.

Holiness is Always in Season (Digital)

The Rosary: Chain of Hope (Digital)

Praying to Our Lord Jesus Christ

The Rosary: Chain of Hope