A Biography of Gregory the Great Laura Peredo 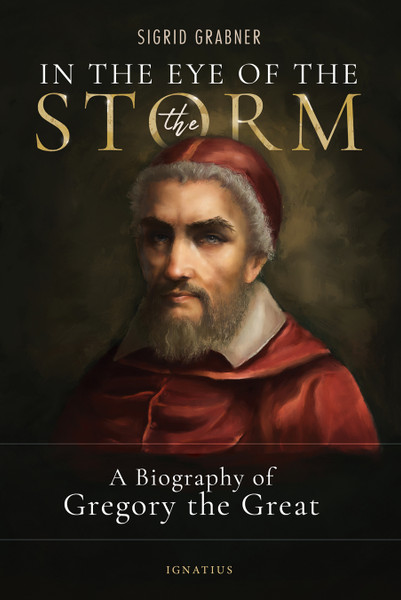 Rome in the year 590 a.d. A plague is tearing through the city. Pope Pelagius II is dead. Outside the walls, Lombard soldiers are raising their swords. What can save the Eternal City? All eyes, and all hopes, are on the next Pope.

Veteran writer Sigrid Grabner tells the dramatic story of Pope Gregory I — a poor monk known now to history as St. Gregory the Great. Born to a noble family and trained in Roman law, Gregory had been prefect of the city of Rome as a young man, but gave up his power to walk in the footsteps of Saint Benedict. Everything changed in a flash when, in 590, he was raised, against his will, to the highest office of Christendom and found himself, as he wrote to one friend, "in the eye of a storm", at the helm of an "old and rotten ship", with the waves groaning around him. He thought he was not up to the job. But he was wrong.

Gregory's political savvy, spiritual energy, generosity, and gift for peacemaking not only steered Rome clear of a shipwreck, but laid the foundations for the future of Europe. In fourteen years as pope, he instituted sweeping financial reforms, ensured legal protection for the poor, developed a system of musical notation, wrote influential works of theology, quieted the Byzantines and the warring Lombards, and led a citywide pilgrimage to the church of Saint Mary Major that, tradition says, brought an end to the plague.

Grabner's vivid narrative of the life of Gregory the Great reads more like a novel, evoking the landscape of early medieval Italy with humanity and realism. It brings us face to face with a man who, for all his weakness, became an instrument in the hand of God and let himself be made great.

In the Stars the Glory of His Eyes (Digital)