The Journey of a Saint 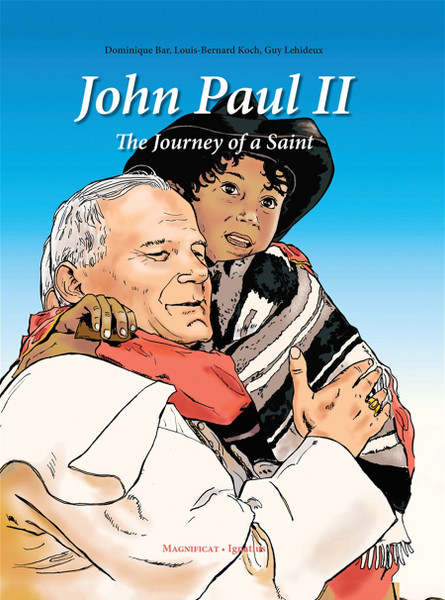 This richly illustrated hardcover book tells the fascinating and deeply inspiring story of Pope John Paul II, who will be canonized a saint in April 2014.

Born in Poland, Karol Wojtyla witnessed the invasion of his country first by the Nazis and then by the Soviets. During the drama of these war years, the athletic and brilliant student defied the German occupiers of his homeland and entered the underground seminary.

As a young priest and then as a young bishop, Karol stood up to the communists controlling his country. With a love for sports and the outdoors, he accompanied young people on ski trips and canoeing adventures in order to lead them closer to God.

In 1978, Cardinal Wojtyla became one of the youngest popes in history. Like no other pope before him, he travelled all over the world to bring the good news of Jesus to peoples of every land. He continued his outreach to young people by starting World Youth Day.

Young people will be drawn to the well-crafted pictures and simple text that tells the dramatic and inspiring story of one of the most important figures of the twentieth century, one that many are already calling "John Paul the Great".