The Discourses of Controversy 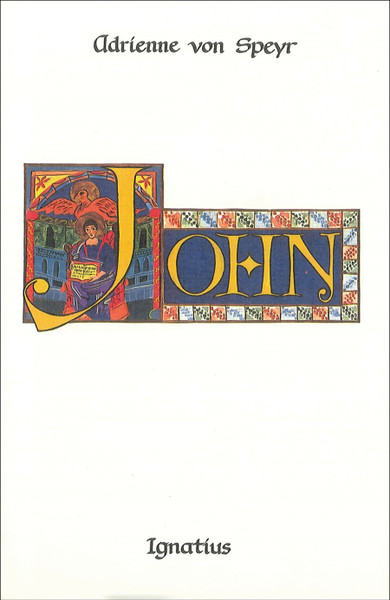 The mystic von Speyr continues her reflections on the Gospel of John, concentrating here on the discourses of Jesus in chapters 6-12. The various other events included by Saint John in these chapters are seen primarily by him as the occasion for new confrontations between Jesus and his disputants. These reflections present the moment in which the limited, self-satisfied standpoint of Christ's hearers must let itself be burst open into the unlimited, loving standpoint of the Lord.

Some of the controversial discourses in this section of John's Gospel which von Speyr comments on include: The Multiplication of the Loaves; The Bread of Life; The Adulteress; The Man Born Blind; The Raising of Lazarus; The Good Shepherd, and The Entry into Jerusalem. The combination of the Scripture verses and von Speyr's moving meditations provide rich nourishment for prayer and spiritual reading. This series is particularly important because the spirituality of Saint John, the Apostle of Divine Love, was the central source of von Speyr's own spiritual life.

Adrienne von Speyr was a contemporary Swiss convert, mystic, wife, medical doctor and author of some 70 books on spirituality and theology. She entered the Church under the direction of one the greatest theologians and spiritual writers of the 20th century, Fr. Hans Urs von Balthasar, who became her spiritual director and confessor for the last 30 years of her life. Her writings, recognized as a major contribution to the great mystical writings of the Church, are being translated and published by Ignatius Press. Among her most important works are Book of All Saints, Confession, The World of Prayer, Handmaid of the Lord, and The Passion from Within.