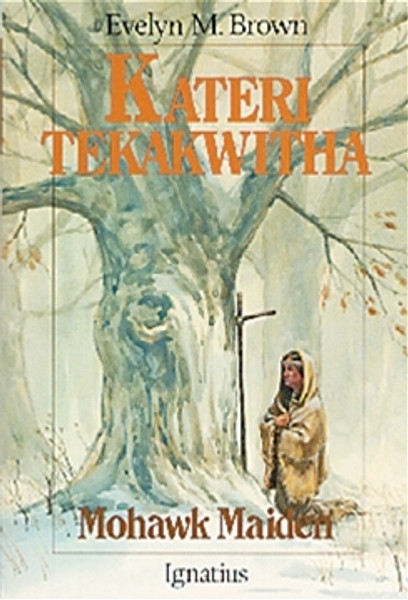 This book is from the famous line of Vision books of saints that are one of the most popular and well-told series of stories for young people. This is the inspiring story of Saint Kateri Tekakwitha, a holy young Indian woman who was converted to Christianity by the French missionaries led by Saint Isaac Joques during the 1600s.

Kateri's mother was a very devout Christian woman who, after being captured by the Iroquois, was not allowed to baptize her daughter. Kateri's whole family died of smallpox, and she was adopted by a chief who was very anti-Christian. When she was baptized and converted by the missionaries, Kateri became ostracized from the tribe. With the help of the priest, she made a daring escape, and thereafter lived a life devoted to God. Denied her desire to become a nun, she declined marriage and lived as a single woman with deep faith, offering her sufferings and life to Christ. She died at the age of twenty-four and is affectionately known as the "Lily of the Mohawks." Kateri was canonized by Saint Pope John Paul II in 2012.

To search Accelerated Reader's list of books, please go to the AR BookFinder at www.arbookfin d.com