Led By the Light of Truth

Inspiring Testimonies about Coming Home to the Catholic Church 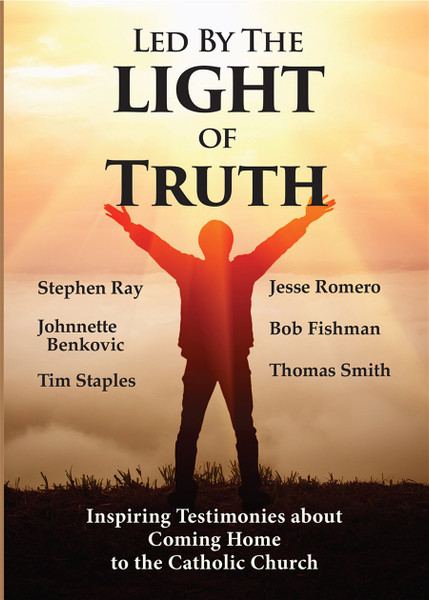 Led By the Light of Truth

Some are born and raised in the truth of the Catholic Church. Others are led to it after years of searching, like those whose testimonies are given here. In these moving stories by three of the most powerful voices in the Church today, you will hear candid personal testimonies of faith and frustration, devotion and doubt, light and longing. All told by real people who came home to the Catholic Church, all to encourage you in your faith.

Follow three godly men on their incredible journeys out of other religions and worldly distractions to the Catholic Church!

For some, the journey to the Catholic Church is a simple matter of following in the footsteps of family or friends. But for others, like the stories of these three men, the path is more difficult, sometimes winding through the rocky terrain of other religions and secularism before turning toward home. In this film you will encounter candid personal testimonies of commitment and conviction by men of three very different backgrounds – a Jewish convert, a Mormon convert, and a Protestant convert.