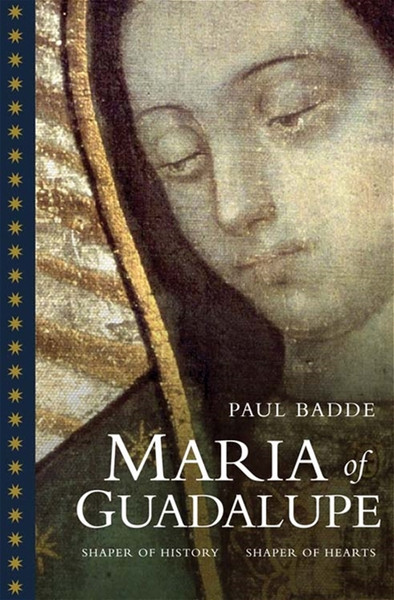 Mexico, December 9, 1531. Ten years after the Spaniards conquered this land, on a hill on the outskirts of the capital, something inconceivable happens to Juan Diego, a native of the area. At dawn a heavenly figure comes to meet him, revealing herself as "Mary, mother of all men". To confirm the first vision, the Lady not only entrusts him with several messages. But, also, in the final vision, leaves her portrait mysteriously present on his tilma. It is the portrait of a young woman looking downward. She is clothed in a dress figured with roses and a mantle spangled with stars.

From the time of its occurance this event has moved people. However, because of the fascination with the image itself, doubts have been raised, causing some to reject it altogether. This image of Our Lady of Guadalupe, along with the Shroud of Jesus in Turin, have possibly become the most mysterious images on earth. The more studies are made of the image and of the cloth, the more mysterious it all becomes, for believers and scientists alike.

In a hands-on investigation, Paul Badde has been delving into this mystery from a historian's point of view, but also with the growing wonder of a journalist who has stumbled across a fabulous treasure.

In this heartfelt report, Paul Badde tells the fantastic story of the apparition that changed the history of the world. Only in light of this mysterious event, can one explain why the inhabitants of Central and South American entered the Church so quickly. Mary of Guadalupe was the person who inserted a whole continent into Western Culture. Illustrated with 16 pages of color photos

A Handbook on Guadalupe