New Outpourings of the Spirit 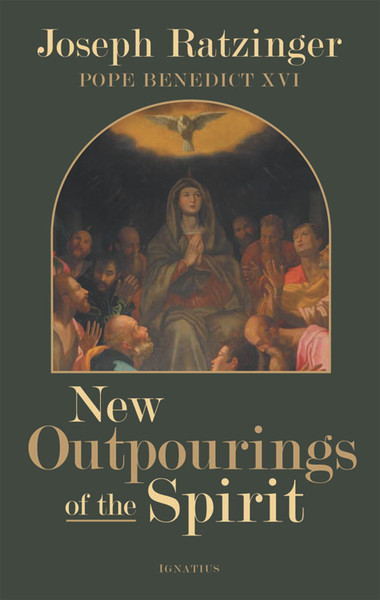 New Outpourings of the Spirit

The volume consists of two fundamental texts by Cardinal Ratzinger, now Pope Benedict XVI, on the ecclesial movements and new communities within the Church since the Second Vatican Council. These writings are particularly meaningful with regard to the intense spiritual journey which the ecclesial movements and the new communities are experiencing in view of their meeting with Pope Benedict XVI on Pentecost 2006.

These writings are a precious guide for the entire Church, leaders and laity alike, who are invited to welcome the new "outpourings of the Spirit". The first part of the book presents in an articulate and exhaustive way the theological vision of the Pope on these ecclesial movements and the new communities. It is his talk titled Church Movements and their Place in Theology which he gave at the beginning of the World Congress of the Ecclesial Movements in Rome in 1998. It combines extraordinary theological depth with a warm pastoral tone.

The second part of the book is very different from the first, but complements the first part. It contains the dialogue of Cardinal Ratzinger with a large group of Bishops from all continents, convened together for a seminar on the topic, The Ecclesial Movements in the Pastoral Concern of the Bishops held in Rome in 1999. This dialogue format was very favorably received by the Bishops, and it is quite wide-ranging, touching on topics such as the relation between the old and the new charisms, the institutional dimension and the charismatic dimension of the Church, and the Church's mission in a non-Christian society and more.

Two Sisters in the Spirit

Be Filled With the Holy Spirit

The Spirit of Hiawatha