The Pope in the Tempest 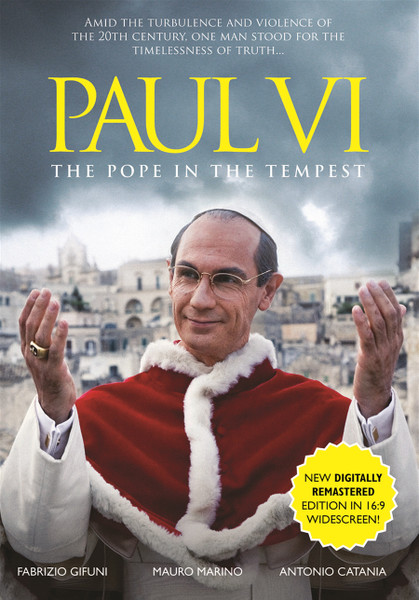 Pope Paul VI was a leader in the Catholic Church as a priest, bishop, cardinal and pope through one of the most difficult periods in its history from the Fascist regime and World War II to the constitution of the Italian Republic, from the Second Vatican Council to the protests and the terrorist attacks of the 1960s and 1970s.

His papacy ran from 1963 to 1978, during which he wrote the prophetic, controversial document Humanae Vitae that strongly proclaimed the Church's teaching on the sacredness of married love and human life, and the evil of contraception which the Pontiff said would open the door to abortion if allowed. He was the first travelling Pope who began to visit the dioceses of the 5 continents like no pope had ever done before.

Paul VI was the pope who opened a dialogue among religions: for the first time a Pope visited Jerusalem, the Holy Land. This beautifully produced and well-acted movie is a journey into the past of both Italy and the world, in the midst of wars and continuous upheavals. Actor Fabrizio Gifuni gives a powerful and sensitive performance as Pope Paul VI and how he dealt with so many great challenges in his papacy.

This exciting and insightful film covers fifty years of history that changed the Catholic Church and the world. Paul VI: The Pope in the Tempest is a story that draws emotion and lessons from history itself, dramatically mixing stunning reconstructions and real film footage.

This DVD contains the following language tracks: Italian with English and Spanish subtitles.

The Gospel of Paul

Saint Paul of the Cross