The Church as Communion 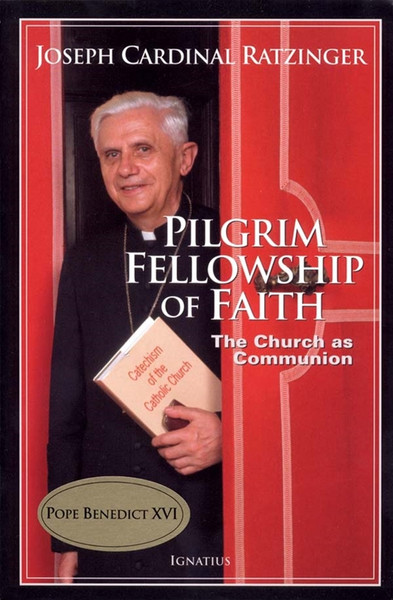 Joseph Ratzinger, now Pope Benedict XVI, has been the most visible member of the Catholic clergy in the world second only to Pope John Paul II. His status as the head of the Congregation for the Doctrine of the Faith made him one of the most discussed churchmen in recent history.

On the occasion of Ratzingers's seventy-fifth birthday, his former students selected essays, lectures, letters, and conferences that Ratzinger has written in recent years— writing that they feel best represents his position on issues of theology, the modern world, secularism, non-Christian religious, and other key topics of the Catholic Church. This book, characterized by Ratzinger's concisely reasoned style, is an invaluable resource to those who wish to understand the modern Church and the thinking of Pope Benedict XVI, as well as a treasured volume for those who are students of Ratzinger's theology.

"Cardinal Ratzinger is one of the great spirits and most distinguished theologians of contemporary Catholicism. This tribute is a living testimony to Cardinal Ratzinger's life long labors on behalf of the communion of the Church which is rooted in the love of Christ. No one demonstrates better than Cardinal Ratzinger that the Church's tradition is a living and dynamic reality, born of a truth that everyone can know and love— and, in so doing, be transformed." —George Wiegel

To Be a Pilgrim