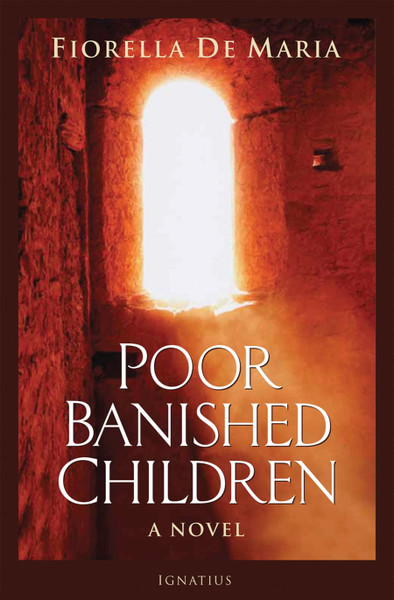 An explosion is heard off the coast of seventeenth-century England, and a woman washes up on the shore. She is barely alive and does not speak English, but she asks for a priest . . . in Latin.

She has a confession to make and a story to tell, but who is she and from where has she come?

Cast out of her superstitious, Maltese family, Warda turns to begging and stealing until she is fostered by an understanding Catholic priest who teaches her the art of healing. Her willful nature and hard-earned independence make her unfit for marriage, and so the good priest sends Warda to serve an anchorite, in the hope that his protégé will discern a religious vocation.

Such a calling Warda never has the opportunity to hear. Barbary pirates raid her village, capture her and sell her into slavery in Muslim North Africa. In the merciless land of Warda's captivity, her wits, nerve, and self-respect are tested daily, as she struggles to survive without submitting to total and permanent enslavement. As she is slowly worn down by the brutality of her circumstances, she comes to believe that God has abandoned her and falls into despair, hatred, and a pattern of behavior which, ironically, mirrors that of her masters.

Poor Banished Children is the tale of one woman's relentless search for freedom and redemption. The historical novel raises challenging questions about the nature of courage, free will, and ultimately salvation.

- An award-winning European novelist presents a powerful story of mystery, adventure, peril, suffering, faith, and courage
- A thrilling  historical novel that explores the life and cultures of  17th century England, Malta and Africa
- A challenging work that tells the story of one woman's relentless search for freedom and redemption amidst great suffering, loneliness and despair

"De Maria (The Cassandra Curse) writes an absorbing tale replete with Barbary pirates and concubines. In 1640, a badly injured woman washes ashore on the coast of England following an explosion at sea. Warda, the woman, has come a long way from the island of Malta where she was born, and her sickbed confession to a priest is a story of adventure, enslavement, and piracy. Disowned by her family, young Warda is raised by a Catholic priest who teaches her Latin and the healing arts and prepares her to live as an anchorite. But the landing of a pirate ship dashes that, and Warda is captured and sold into slavery in North Africa.

Through changing circumstances and locales, she remains fiercely stubborn, balancing a refusal to concede to her circumstances with a ferocious desire to live at any moral cost. The author creates a memorable heroine and renders scenes set in unfamiliar places and times with only a few details and swift dialog. Varying viewpoints provide a fuller portrait of Warda, her aching soul, and her momentous choices. Catholic writer De Maria deserves a wide audience." (March, 2011)
-Publishers Weekly

"The hypnotic tale of an unforgettable girl who loses everything in the world but her courage -- and the unshakeable knowledge that with every new trial, her soul remains at stake. Set in the terrifying days of Barbary piracy, peopled by both savages and saints, this novel will rivet any reader ever to have felt the forces of evil and redemption. It is a meditation on guilt, innocence, and transcendence that will haunt the reader long after the book is done."
- Mary Eberstadt, Author, The Loser Letters: A Comic Tale of Life, Death, and Atheism

p>"This is serious fiction with prose that is clean, strong, and worthy. We are drawn into a first-rate story-Corsairs, Barbary pirates, cruelty, slavery, shipwreck, suffering, and heroic sanctity. It has skillful character presentation and true craftsmanship in the narrative: dreams, memory, straight reporting, and confession. Above all, here is the Catholic Faith in all of its depth, radiance, and plenitude."
- Thomas Howard, Author, Narnia and Beyond