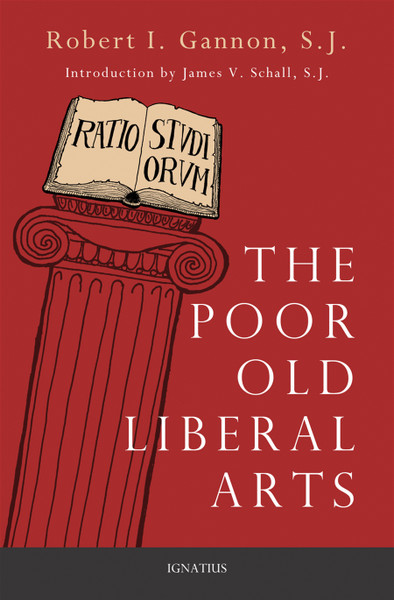 This engaging memoir covers fifty years of a lifetime spent in education—from student to university president. The author presents a theme of profound importance for society in general and for the future of education in particular—the loss of the liberal arts in our time, and how to regain them.

When young Robert Gannon was a college freshman in the early twentieth century, it was unthinkable that there would ever be a time when Greek and Latin would not be an essential part of the college curriculum. But over the next several decades, in a world radically altered by two world wars, he saw the liberal arts retreat before the New Materialism.

With wit and charm Gannon recounts colorful episodes and amusing experiences from his many years involved with education and the liberal arts. He reflects on the great impact for good that the liberal arts have had in forming generations of students, and why their loss is such a tragedy. His trenchant remarks on the state of modern education in America and its future prospects make The Poor Old Liberal Arts a spirited, enjoyable, and insightful work.

"This book is a time machine. It is charmingly and fascinatingly out-of-date and therefore relevant and contemporary. It is a eulogy for a beautiful thing (liberal education), which at the time of writing (1961) was already threatened by the many-headed monster of relativism, skepticism, materialism, pragmatism, and naturalism. Today that beautiful thing has been almost completely swallowed and digested in the monster's stomach."
— Peter Kreeft, Ph.D., Professor of Philosophy, Boston College

"This book is not just a sentimental look back at once was. It is a reminder of what can be, for anyone willing to undertake the right kind of studies."
— Fr. Joseph Koterski, S.J., Professor of Philosophy, Fordham University

"It is well, in these days of multiculturalism and relativism, that a book like this one is republished. It contains many things most students or professors never heard of or dare speak in public."
— Fr. James Schall, S.J., Professor Emeritus, Georgetown University

"There are many perspicacious insights here for modern educators, parents, and students striving to understand and restore excellence in higher education."
— Patrick S.J. Carmack, Founder and President, Angelicum Academy