The Full Texts of Papal Talks 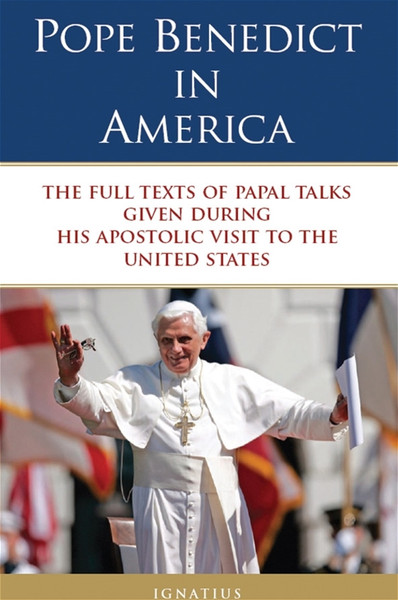 During his six-day apostolic visit to Washington and New York, Pope Benedict addressed millions of people—in person or via the media. He gave some fifteen major addresses, ranging from his remarks to the President of the United States to his address to ecumenical leaders at St. Joseph Parish in New York, from his speech to the General Assembly of the United Nations to his message to the Jewish community celebrating the feast of Passover. In all of his addresses, Benedict spoke as the Vicar of Christ with the message of divine truth and love, of genuine faith and a well-founded, Christ-centered hope.

This book contains all of Benedict's major addresses in a handy slim deluxe hardcover edition perfect for studying and reflecting on the Pope's profound and insightful words on a variety of important spiritual, moral, and social issues.

Readers will readily see the truth of Jesuit Father James Schall's statement from his introduction to this volume: "Benedict XVI is an amazingly learned man . . . There is no one else in any public office in the world that has … his breadth of knowledge and scholarship. Though he speaks the learned German academic tongue with the best of them, his writings are strikingly straightforward and clear . . . One sensed that the media understood this somehow, that this man was on top of every subject and operated at a depth few could match. The papacy does have the duty of teaching, and Benedict does teach. He also thinks and ponders. What is characteristic of him is that he not only speaks authoritatively when he must, but that he mostly offers what he says on the grounds of common sense and reason. He goes directly to the minds and hearts of his readers or listeners."