The Conscience of Our Age 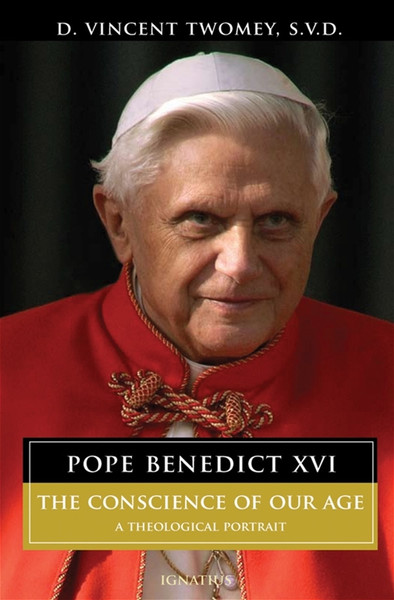 Fr. D. Vincent Twomey, a former doctoral student of Joseph Ratzinger and long time friend of the Pope, felt the need to respond to the common question he heard often after the papal election, "What kind of person is the new Pope?" So often Twomey had read false depictions of both the man and his thought, especially the image presented by the media as a grim enforcer.

Twomey offers here a unique double–presentation of the man, Pope Benedict XVI — a theological portrait that encompasses both an overview of the writings, teachings and thought of the brilliant theologian and spiritual writer, as well as the man himself, and his personality traits and how he communicates with others.

Twomey shows that the secret to the serene dignified behavior of Benedict is that he is open to beauty as much as truth, that he lives outside himself, and is not preoccupied with his own self. He also is a man that Twomey says "has the courage to be imperfect", showing he has a deep humility and strives for teaching the truth even when misunderstood or not presented as well as he would like.

Fr. D. Vincent Twomey, S.V.D., holds a PH.D. in Theology and is a Professor of Moral Theology at the Pontifical University at St. Patrick's College in Ireland. He is the author of several books including his most recent acclaimed study on the state of Irish Catholicism, The End Of Irish Catholicism?

Benedict XVI: His Life and Thought