Our Journey to Catholicism 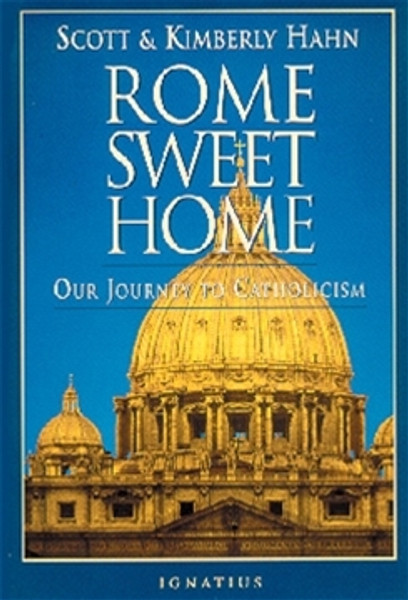 The well-known and very popular Catholic couple, Scott and Kimberly Hahn, have been constantly travelling and speaking all over North America for the last few years about their conversion to the Catholic Church. Now these two outstanding Catholic apologists tell in their own words about the incredible spiritual journey that led them to embrace Catholicism.

Scott Hahn was a Presbyterian minister, the top student in his seminary class, a brilliant Scripture scholar, and militantly anti-Catholic ... until he reluctantly began to discover that his "enemy" had all the right answers. Kimberly, also a top-notch theology student in the seminary, is the daughter of a well-known Protestant minister, and went through a tremendous "dark night of the soul" after Scott converted to Catholicism.

Their conversion story and love for the Church has captured the hearts and minds of thousands of lukewarm Catholics and brought them back into an active participation in the Church. They have also influenced countless conversions to Catholicism among their friends and others who have heard their powerful testimony.

Written with simplicity, charity, grace and wit, the Hahns' deep love and knowledge of Christ and of Scripture is evident and contagious throughout their story. Their love of truth and of neighbor is equally evident, and their theological focus on the great importance of the family, both biological and spiritual, will be a source of inspiration for all readers.

"One of the beautiful and bright-shining stars in the firmament of hope for our desperate days is this couple, the Hahns, and this story of their life and their conversion."
— Peter Kreeft, Author, Back to Virtue

"Dynamic, fresh, and devoted are terms which describe the approach that Scott and Kimberly Hahn take to assist in the renewal of the Church in the United States. Now, with their conversion, they are admirably suited to assist Catholics in re-discovering the treasure that has been entrusted to them. My hope is that many people will benefit from contact with Scott and Kimberly Hahn through their stories of conversion."
— Most Reverend John Myers, Bishop of Peoria