The First Christian Queen Of France Tells Her Story 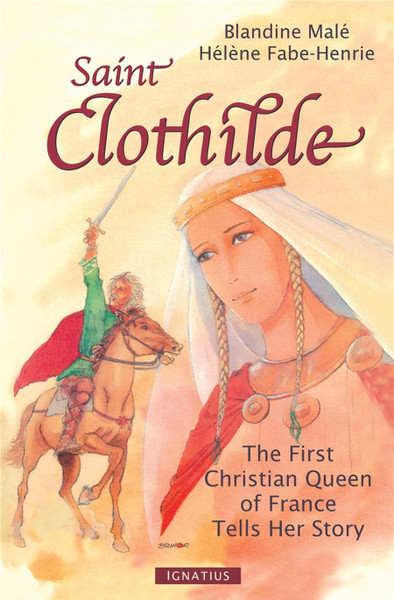 Thanks to the prayers and good example of his young wife, Clothilde, the fierce barbarian Clovis experienced a miraculous conversion on the field of battle and became a Christian in 496, forever changing the destiny of France.

In this book for young people, Queen Clothilde tells the exciting story of her life from her point of view. Though it reads like a diary, all of the historical facts have been thoroughly researched and verified by reliable sources.

Honored by the Catholic Church as a saint, Clothilde was the daughter of the King of Burgundy. Raised as a Christian by her mother, the princess was wed at the age of eighteen to Clovis, King of the Franks, who the legends say fell in love with her beauty.

King Clovis and Queen Clothilde unified the various peoples under Frankish rule by spreading the Catholic faith. The royal couple made Paris their capital, and from Belgium to the Mediterranean they founded churches and monasteries. For centuries to come, the people who would become the nation of France were the leaders of Christian civilization in Western Europe. Illustrated.

Blandine Malé and Hélène Fabe-Henriet have higher degrees in history, geography, classics and literature from French universities. Both women taught for many years in prestigious French secondary schools.