Saint Helena and the True Cross 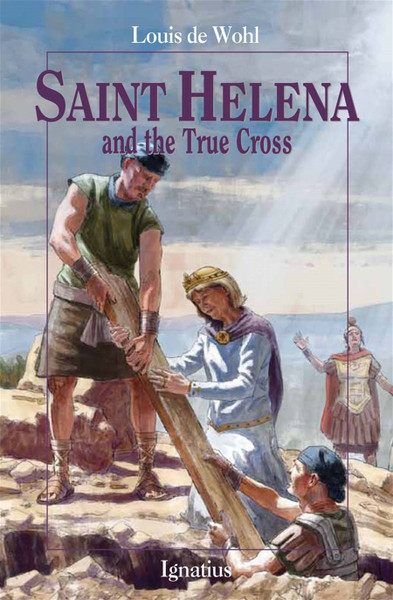 Saint Helena and the True Cross

This book can only be sold in North America

Set against the colorful background of power struggles in imperial Rome and battling Roman legions, this is the exciting story of St. Helena, mother of the Emperor Constantine, who found the Cross of Christ in Jerusalem. This book for young people paints a vivid portrait of a remarkable woman who overcame every obstacle with faith, hope, perseverance... and a healthy dose of ambition.

In this 29th book in the acclaimed Vision Books series for youth, Louis de Wohl, known for his masterful storytelling, describes the amazing events that led to the conversion of Helena and the rise to power of her son. He also recounts the vision Constantine experienced on the eve of a pivotal battle and his subsequent legalization of Christianity in the fourth century. The story dramatically concludes with St. Helena's final accomplishment-her dangerous and miraculous expedition to the Holy Land.

Louis de Wohl wrote numerous historical novels for adults, including The Living Wood, which is also about St. Helena and Constantine. He earned international acclaim for The Spear, and among his other popular titles are Lay Siege to Heaven, The Restless Flame, The Joyful Beggar and The Quiet Light.