Stories of Martyrdom from Mexico 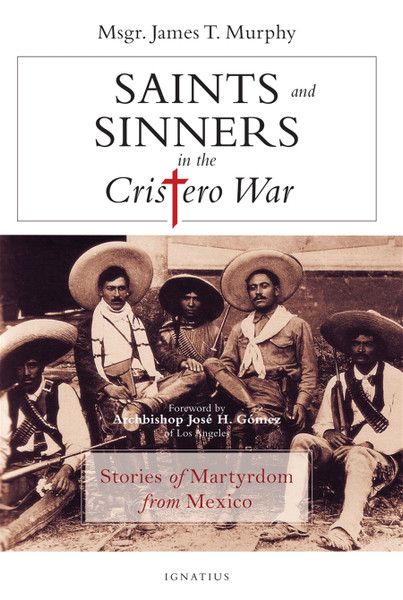 The saintly standouts are Anacleto González Flores, whose non-violent demonstrations ended with his death after a day of brutal torture; Archbishop Francisco Orozco y Jiménez, who ran his vast archdiocese from hiding while on the run from the Mexican government; Fr. Toribio Romo González, who was shot in his bed one morning simply for being a Catholic priest; and Fr. Miguel Pro, the famous Jesuit who kept slipping through the hands of the military police in Mexico City despite being on the "most wanted" list for sixteen months.

The four sinners are Melchor Ocampo, the powerful politician who believed that Catholicism was the cause of Mexico's problems; President Plutarco Elías Calles, the fanatical atheist who brutally persecuted the Church; José Reyes Vega, the priest who ignored the orders of his archbishop and became a general in the Cristero army; and Tomás Garrido Canabal, a farmer-turned-politician who became known as the "Scourge of Tabasco".

This cast of characters is presented in a compelling narrative of the Cristero War that engages the reader like a gripping novel while it unfolds a largely unknown chapter in the history of America.

"We are living in a secular age and a globalized society that more and more functions with indifference or hostility toward religion. . . . It is especially in these times that we need to recover these lost stories of our recent history."
— Most Rev. José H. Gómez, Archbishop of Los Angeles, from the Foreword

"A powerful, timely, and greatly needed account of the little-known true story of the atrocious and bloody persecution of the Church in Mexico in the twentieth century by an atheistic communist regime."
— Jesse Romero, Catholic Evangelist, Author, and Radio Host

"Very few Americans, including those of Mexican ancestry, know anything about the brutal modern persecution of the Church in Mexico. This is a most welcome and thorough account of the religious, political, and historic background of this very cruel oppression of the Church. It's a stirring wake-up call."
— James V. Schall, S. J., Professor Emeritus, Georgetown University

"This invaluable contribution to the history of the faith in North America will encourage Catholics to break down barriers of resentment, build bridges of understanding, and remain steadfast in the face of religious persecution in our day."
— Deacon Harold Burke-Sivers, Author, Behold the Man: A Catholic Vision of Male Spirituality

"One of the most tragic events in Catholic history took place less than one hundred years ago, and in our own backyard. Yet most American Catholics know little or nothing about it. This book sheds a light on recent heroes of the faith and calls out to us to be ever vigilant."
— Steve Ray, Author, Crossing the Tiber: Evangelical Protestants Discover the Historical Church