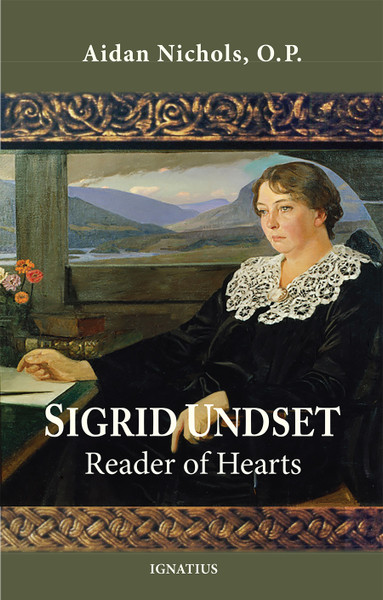 Novelist Sigrid Undset (1882–1949) left a transformative mark on twentieth-century literature, not only in her homeland of Norway, but across the West. Her painterly eye for the Scandinavian countryside, her uncompromising emotional realism, her concrete sense of history, her bold vision of woman and man—these won her such acclaim that she received the 1928 Nobel Prize for Literature, not long after the publication of her historical epic novel, Kristin Lavransdatter.

During World War II, she loudly opposed anti-Semitism and the Nazi regime, and in the final years of her life, the Norwegian state awarded her the Grand Cross of the Order of Saint Olav—the first time this honor was given to a woman outside the royal family.

But something more than courage and literary brilliance set Undset apart. In 1924, she converted to Roman Catholicism, scandalizing Protestants and atheist intellectuals alike, and leaving her isolated. This spiritual turn—which already began during the writing of Kristin Lavransdatter—shaped the very heart of her work, as well as her own life as a mother. In a world so pockmarked by suffering, disappointment, and cruelty, Jesus Christ alone gives meaning to the word "love". Among her other celebrated works are the novels The Master of Hestviken and Ida Elizabeth, and a powerful spiritual biography of the great saint, Catherine of Siena.

Fr. Aidan Nichols, acclaimed theologian and spiritual writer, unpacks the figure of Sigrid Undset from a distinctively Christian point of view. Rich in both biography and textual analysis—including of works never translated into English—Sigrid Undset: Reader of Hearts renders a shrewd, colorful account of a writer who allowed her art to be transfigured by the Cross, by the fire of God’s mercy, and thus opened to an intricacy and beauty beyond all telling.

The Kiss of Jesus (Digital)