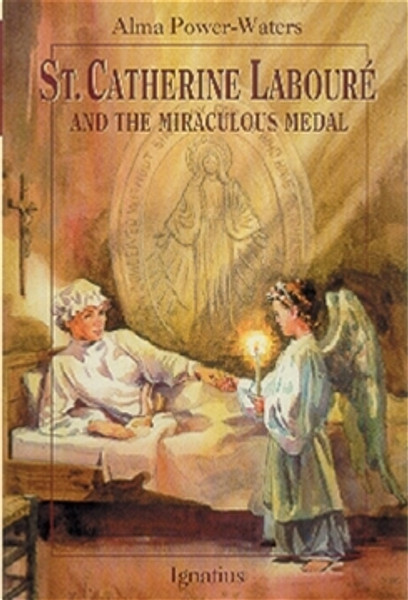 For more than a hundred and fifty years the Miraculous Medal has been known and worn by Catholics throughout the world. It has been used and promoted by great saints and Popes as a most powerful sacramental. Less well known is the story of the French Sister to whom the Blessed Virgin manifested the Medal in 1830.

This Vision Book for 9 - 16 year olds tells the story of Catherine Labouré, a Burgundy farm girl who, after a prophetic dream of St. Vincent de Paul, became a Sister of Charity in Paris and later in Enghien, where she cooked and mended and cared for the inmates of a home for elderly men. To this obscure Sister the Blessed Virgin appeared, made prophecies, and commissioned the making of the Medal which soon came to be known as "miraculous" because of the favors wrought. St. Catherine Labouré lived a life of prayer and service to the poor, and was canonized in 1947. Illustrated

"A series which should be found wherever there are young Catholic readers."
–Ave Maria

"The Vision Books are splendid in design and format."
–Catholic Standard and Times

"The entire series of Vision Books is recommended for solid training of youth."
–The Tablet

Sermon in a Sentence, Vol. 3 : St. Catherine of Siena