How Radical Feminism Is Betraying Women 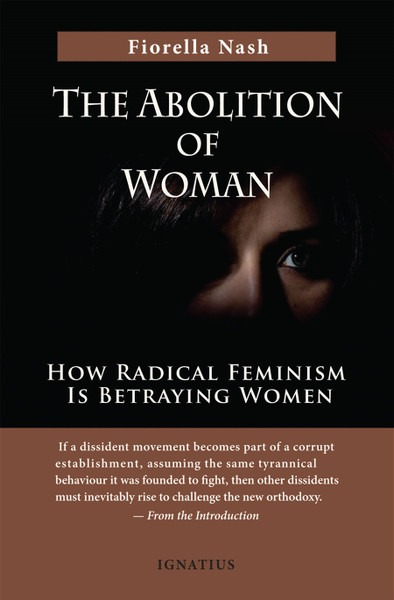 For the great majority on both sides of the abortion debate, the idea of a pro-life feminist is the ultimate contradiction in terms. Abortion has become so central to feminist thinking that women who affirm their belief in both women's empowerment and the inalienable right to life can find themselves viewed with suspicion and hostility from both sides. Yet the author of this book is indeed a pro-life feminist, and her insightful analysis of contemporary issues can provide the basis for common ground between those defending human rights.

This book unashamedly calls mainstream feminists, journalists and Western politicians to account for their silence and – in some cases – vocal justification of the persecution of women because of an absolutist loyalty to abortion. It asks uncomfortable questions to those who claim to believe in women's empowerment: Where is their passionate outrage when Chinese women are forcibly aborted and sterilised? Where is their concern for the thousands of baby girls killed by abortion every year because their lives are held as worthless simply for being female? What about the thousands of women used as surrogates for wealthy Western couples, treated as chattels and denied their most basic human rights?

But the book also tackles difficult issues for the pro-life side—the need for a sensitive, realistic approach to problematic pregnancies and the importance of confronting the continued exploitation and abuse of women within a sexualised society.

Pro-life feminism is not only possible; it is vital if the complex struggles facing women are to be adequately met. The Abolition of Woman is a rallying cry to feminists to stand with the pro-life movement, fighting to build a society in which women are equal and every human life is protected.

"Don't read this book if you hate logic, incisive and intelligent arguments, snappy writing or the smartest arguments for a thorough-going pro-life feminism ever sandwiched between two covers. It is the new standard text for the smart, sassy, and consistent pro-life feminist of the twenty-first century."
— Helen Alvare, Professor of Law, Scalia Law School at George Mason University; Founder, Women Speak for Themselves

"This unique and compelling book is a daring revelation of the shocking exploitation of women around the world that results when babies are treated as commodities to be produced, bought, and sold—or aborted—at will. This courageous investigative report should be on every best-seller list in the country."
— Sue Ellen Browder, Author, Subverted: How I Helped the Sexual Revolution Hijack the Women's Movement

"Punchy, informative and entertaining, Fiorella Nash is as uncompromising about the rights of women as about those of children they may bear (or be obstructed from bearing) in a hostile social environment."
— Dr. Helen Watt, Senior Research Fellow, Anscombe Bioethics Centre