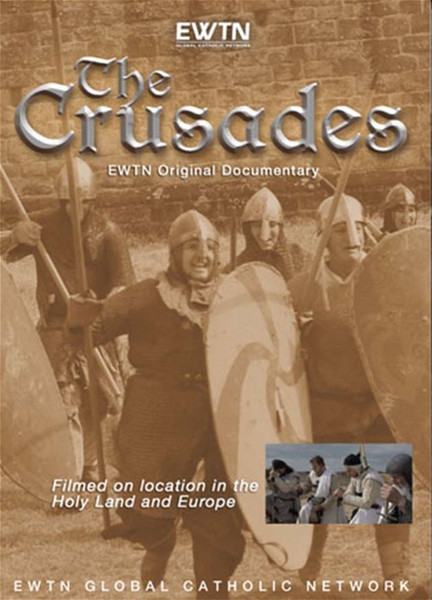 EWTN's acclaimed original new 4-part miniseries on the myths, the legends, and the truths of the Crusades. Outstanding dramatic re-enactments filmed on-location in the Holy Land and Europe, with commentary by historians and experts on THE historical event of the medieval era. Professors and authors Thomas Madden, Jonathan Riley Smith and others offer excellent insights and commentary on what really happened in the Crusades.

1095, Pope Urban II, and the First Crusade begins, with all the makings of a blockbuster movie hit - lust for power, lands, bloodthirsty players, and little understanding of the extent to which Jerusalem's pilgrimage sites would be involved.

The Second Crusade will see the formation of Military Orders such as the storied Knights Templars; the Reconquista (re-conquest) of the Iberian peninsula, and the rise of Saladin and his conquest of Jerusalem.

We see the First Crusade's unlikely meeting of St. Francis of Assisi and Sultan Al-Kamil; the Third Crusade's victories through a triumvirate of Europe's rulers; the Fourth Crusade's diversion to Constantinople; and a Spanish pilgrimage.

King St. Louis IX's two Crusades; the rise of the Ottoman Empire; the triumphant Battle of Lepanto; a final Christian victory in the Iberian Peninsula; and the loss of Jerusalem and the Holy Land.

What Were the Crusades? (4th edition)