Meditations on the Triune God 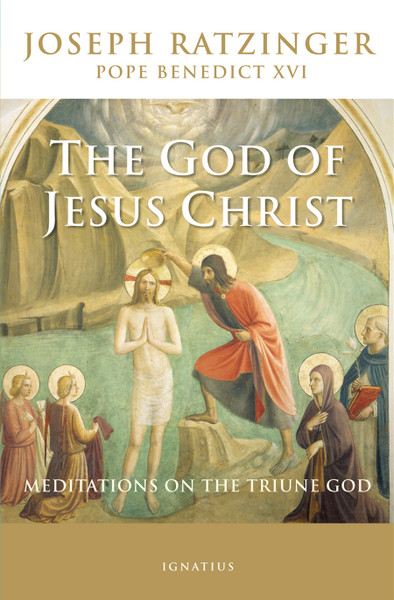 In this book of meditations, based on a series of meditations by the author shortly before he became Archbishop of Munich-Freising, in 1977, theologian Joseph Ratzinger (Pope Benedict XVI) presents his profound thoughts on the nature and person of God, building a bridge between theology and spirituality as he makes wide use of the Sacred Scriptures to reveal the beauty and mystery of who God is. He writes about each of the three persons in the Holy Trinity, showing the different attributes of each person, and that "God is three and God is one."

God is - and the Christian faith adds: God is as Father, Son, and Holy Spirit, three and one. This is the very heart of Christianity, but it is so often shrouded in a silence born of perplexity. Has the Church perhaps gone one step too far here? Ought we not rather leave something so great and inaccessible as God in his inaccessibility? Can something like the Trinity have any real meaning for us? It is certainly true that the proposition that "God is three and God is one" is and remains the expression of his otherness, which is infinitely greater than us and transcends all our thinking and our existence.

But, as Joseph Ratzinger shows, if this proposition meant nothing to us, it would not have been revealed! And it could be clothed in human language only because it had already penetrated human thinking and living to some extent.

"Without Jesus, we do not know what 'Father' truly is. This becomes visible in his prayer, which is the foundation of his being. A Jesus who was not continuously absorbed in the Father, and was not in continuous intimate communication with him, would be a completely different being from the Jesus of the Bible, the real Jesus of history... In Jesus' prayer, the Father becomes visible and Jesus makes himself known as the Son. The unity which this reveals is the Trinity. Accordingly, becoming a Christian means sharing in Jesus' prayer, entering into the model provided by his life, i.e. the model of prayer. Becoming a Christian means saying 'Father' with Jesus.”
— Joseph Ratzinger (Pope Benedict XVI)

"In this profound series of meditations, Ratzinger shows the enduring core of his theology. Ratzinger shows that man's knowledge of God depends on the relationship that a man establishes between himself and the world and his life; that the question of whether God exists can be answered only in terms of some image of who or what God is, of some sense of how he shapes the whole of our existence."
— David Schindler, John Paul II Institute