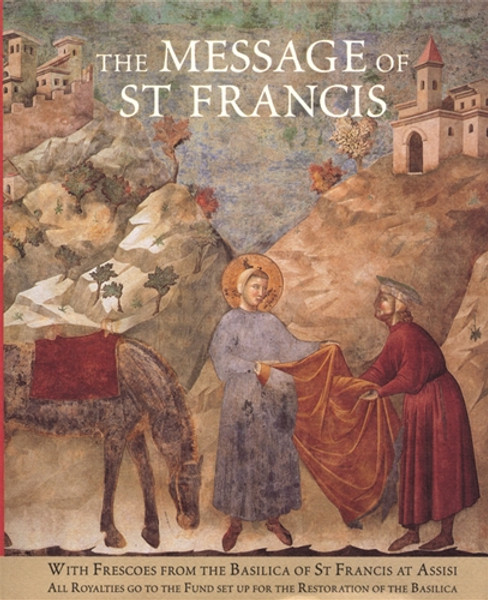 This is a celebration of the life of St. Francis, great lover of God, man and nature. Extracts from his writings and from biographies of the saint are selected by Sister Nan, a member of the Community of St. Francis in London. Illustrated with stunning details and images from the fresco-cycle in the Basilica at Assisi, the book invites the reader to step into the world of St. Francis for a unique spiritual experience.

A legend in his own lifetime, Francis was canonized in 1226. Within two years of his death, work began on the great Basilica that bears his name. Two churches, one built on top of the other and set into the rocky hillside at Assisi, were decorated with some of the most important frescoes in Europe.

The 28 scenes from Francis' life are the treasure of the Upper Church. They speak to us of humanity, and deeply reflect Francis' capacity to bring Christianity closer to people.

On September 26, 1997, an earthquake struck Umbria, causing part of the Basilica to collapse. Miraculously, the fresco-cycle—part of the very fabric of the Church—although damaged, is for the moment still intact. This book illuminates defining moments from the life of Francis, and brings alive for a new generation of readers his message of peace, love and unity.

An introduction by Father Maximilian Mizzi, OFM Conv., Director of the Franciscan International Centre for Ecumenism and Inter-religious Dialogue in Assisi, is an inspiration to readers, whatever their faith.

--Inspiring texts are taken directly from writings of St. Francis or books about him.
--Glorious fresco illustrations from the Basilica in Assisi illuminate this book with 28 important scenes in the life of Francis.
--Insightful introduction to life and message of St. Francis by Fr. Maximilian Mizzi.

The Perfect Joy of St. Francis