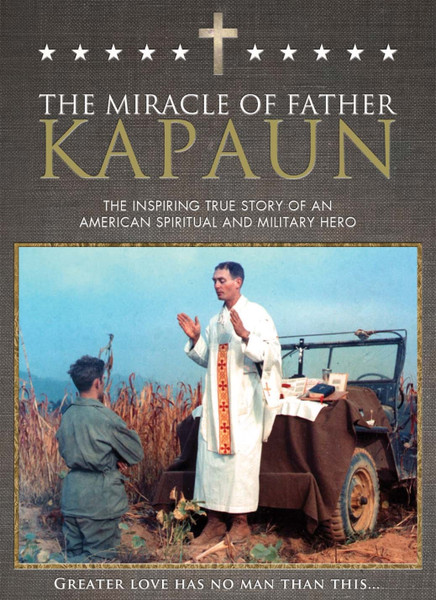 Father Emil Kapaun's cause for beatification is headed to Rome, click here for more information.

Servant of God Fr. Emil Kapaun may not be well-known. But he should be. The son of Czech immigrants, Fr. Kapaun grew up on a small Kansas farm. But this seemingly ordinary farm boy became one of the most inspiring heroes of the Korean War and unlike many war heroes, this military chaplain is also on the road to sainthood. His cause for canonization has been opened by the Diocese of Wichita, and two medical miracles attributed to him are being investigated by the Vatican. He has been awarded the Medal of Honor, the nation's highest military award.

In this powerful documentary, learn his inspiring life story, his heroic work as a chaplain during battle, and his leadership and comfort of fellow American prisoners after capture and torture by the Communists. This imprisonment under incredibly harsh conditions ultimately led to his death at 35 years of age in 1951. The film features interviews with the soldiers who were imprisoned with Kapaun in Korea, as well as with church officials, military historians and the Kansas family who is convinced Kapaun’s miraculous intercession saved their son’s life. A man of incredible courage and faith, he is credited with saving the lives of hundreds of prisoners, instilling them with hope when all hope seemed lost.

His fellow soldiers already consider him a saint, and one memorial in his honor by the military says of Fr. Kapaun, “He was all man and all priest.” Includes prayer card. Movie is shown in color.

Learn more about this DVD and the related book, The Miracle of Father Kapuan, at www.MiracleFather Kapaun!

Samples images from the movie: