The Reach of Roe

Eugenics, Euthanasia, and Other Assaults on the Dignity of Human Life 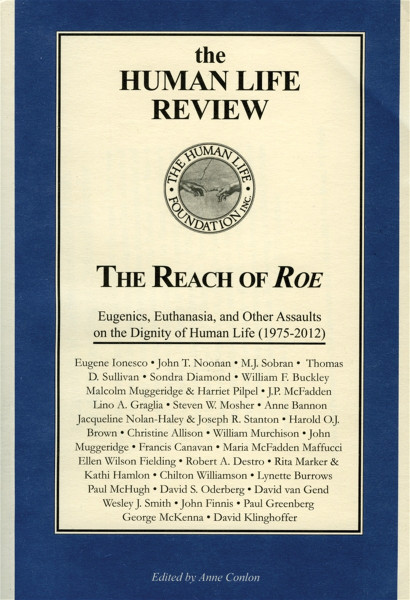 The Reach of Roe

This new collection of essays from the Human Life Review is a companion volume to The Debate Since Roe (2010), a primer designed to convey the facts and arguments on abortion and to chronicle the decades-long struggle of the pro-life movement to keep the issue before the American public. In The Reach of Roe: Eugenics, Euthanasia, and Other Assaults on the Dignity of Human Life, the focus is on culture-specifically, how profoundly the 40-year-old Roe v. Wade decision legalizing abortion on demand has permeated our nation's institutions: legal, medical, scientific, religious, educational. While essays on euthanasia and physicianassisted  suicide-along with in vitro fertilization, cloning, andembryonic stem-cell research-predominate, the reader will also find considerations of subjects as seemingly diverse as pornography, the U.S. Constitution, and the "inhumanity" that often attends being fired from a job in corporate America today. John Noonan, Lino Graglia, Harold O.J. Brown, Rita Marker, Francis Canavan, Steven Mosher, John Muggeridge, Ellen Wilson Fielding, Maria McFadden, Wesley J. Smith, John Finnis, and David Klinghoffer are just some of the 34 committed pro-life writers whose important work is featured here.