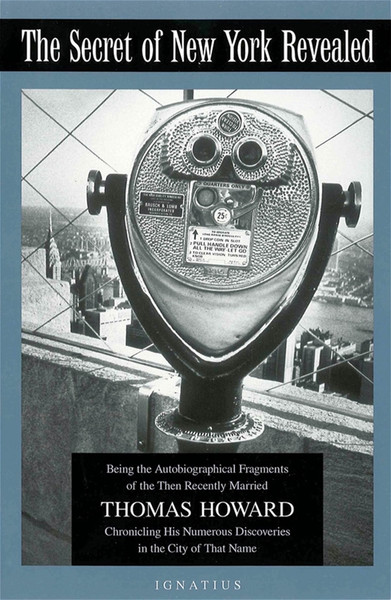 Howard reveals his unique writing gifts and original insights as a young married man recalling the amazing variety of experiences he had during his years living in New York City. He presents a sort of wide-eyed response on the part of a new, young husband to the great, twinkling kaleidoscope of New York, playing off the thousand diversions offered by that incredible city (opera, ballet, dining, sports, social life, etc.) against an increasingly strong awareness that the hidden mysteries of domestic fidelity, marriage, fatherhood, and routine duties, are at the "Center" around which New York life whirls.

This is a timely book about the unique mixture of human and spiritual experiences that make up life in a great, complex city, confronting tensions that are timeless and ubiquitous. Illustrated.

"Poets make you see; philosophers make you think. Satirists make you laugh. Tom Howard's book artfully combines all these talents. He makes us share the wealth of his experiences in the flamboyant and crazy city called the melting pot. He is the herald of eternal values constantly threatened by the appeal of novelty."
-Alice von Hildebrand, Author, Soul of a Lion

"I often think that Saint Augustine might have had a mystical insight into places like New York when he wrote that the city of God and the city of Man are 'inextricably intertwined' until the end of the world. Tom Howard speaks for many when he sees this so clearly realized on the sidewalks of New York."
-Fr. Benedict J. Groeschel, C.F.R., Author, Arise from Darkness