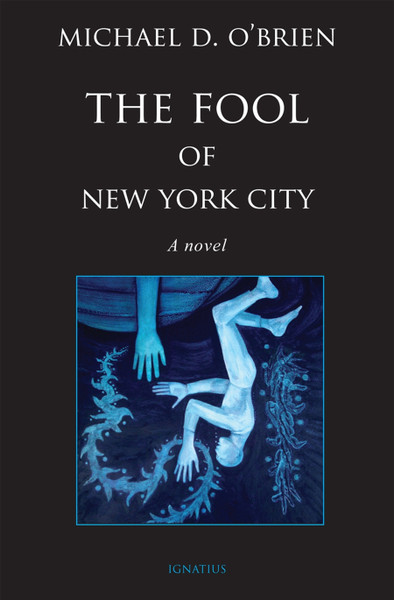 Set in present day Manhattan, The Fool of New York City is the tale of two souls who are considered to be "fools" and "idiots" in the eyes of most people they encounter.

One is a literal giant, the other an amnesiac who believes he is the seventeenth-century Spanish painter Francisco de Goya, hundreds of years old, aging more slowly than the rest of the human race. Billy the giant briefly suffered from amnesia years ago, and he understands the anguish of those who have lost their identity. He is an apparently simple person, a failed basketball player with an enormous good heart, who takes Francisco under his wing after they meet through a seeming coincidence. Together they undertake the search to discover Francisco's true past.

The quest leads them on numerous adventures and into the shrouded realm of hidden memories and the mysterious dimensions of the mind. It is a journey into the ironies and the complexities of human character and destiny.

"A wistful, startling read. The Fool of New York City is an absorbing meditation on memory, identity, and the human capacity for survival and love in the midst of the most devastating of tragedies."
— Fiorella De Maria, Author, Do No Harm

p>"An extraordinary book. With exquisite prose and an artist's eye, Michael O'Brien weaves a charming narrative cut through with a heart-wrenching sorrow that might well leave you gasping for breath. It is the best of O'Brien's novels."
— Michael Richard, Author, Tobit's Dog p>"Michael O'Brien takes one's breath away, not only by the quality of his writing and his gift as a first-rate storyteller, but in his seemingly endless versatility. In The Fool of New York City we are at once rooted in the nitty-gritty grime of modern life and yet raised to a supernatural wonderland of hope."
— Joseph Pearce, Author, Catholic Literary Giants

p>"It is difficult to know where to turn for noble enough analogies in speaking of O'Brien's writings. I wonder whether we are going to find Mr. O'Brien's name taking its place along with those of Mauriac and Bernanos before too long."
— Thomas Howard, Ph.D., Author, Dove Descending: A Journey into T.S. Eliot's Four Quartets p>"O'Brien is a masterful storyteller and a gifted artist. His beautiful depiction of human struggle and good versus evil will deeply move and inspire you."
— Danielle Bean, Editor, Catholic Digest

Sex and the Unreal City (Digital)