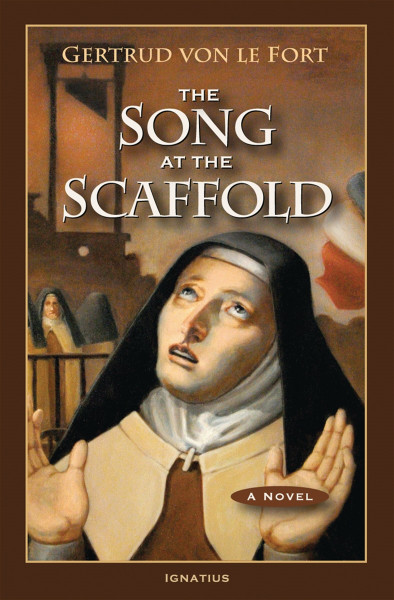 "The point of departure for my creation was not primarily the destiny of the sixteen Carmelites of Compiègne but the figure of the young Blanche. . . . Born in the profound horror of a time darkened by the signs of destiny, this figure arose before me in some way as the embodiment of the mortal agony of an era going totally to its ruin."
-Gertrud von le Fort

Set during the French Revolution, this classic novella is based on the true story of the Carmelite nuns of Compiègne, who offered their lives for the preservation of the Church in France.

The story unfolds around the fictional character of Blanche de la Force, an excessively fearful aristocrat who enters the Carmelite convent in order to flee the dangers of the world. As the Reign of Terror begins, Blanche is no safer in the convent than in the streets of Paris, and some of the sisters begin to doubt her ability to endure persecution and possibly martyrdom.

The fates of Blanche and the other Carmelites take several unexpected turns, leaving the reader with an inspiring witness not only of martyrdom but of God's power being glorified in human weakness.

"One of the great Christian classics of all time."
-Michael O'Brien, Author, Father Elijah

"A poignant reminder that, for the Christian, fearlessness lies on the far side of Gethsemane and the Cross."
-George Weigel, Author, Witness to Hope

Proverbs, Ecclesiastes, and Song of Solomon