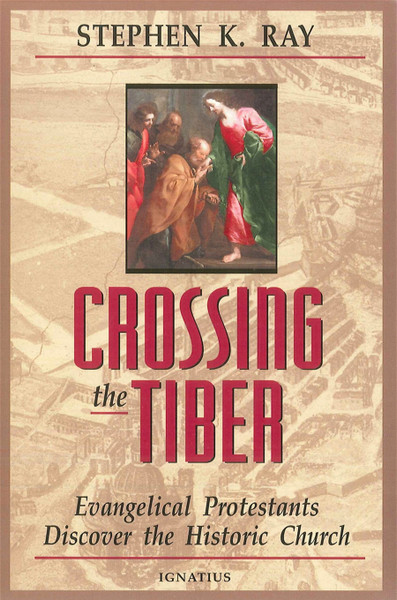 An exhilarating conversion story of a devout Baptist who relates how he overcame his hostility to the Catholic Church by a combination of serious Bible study and vast research of the writings of the early Church Fathers. In addition to a moving account of their conversion that caused Ray and his wife to "cross the Tiber" to Rome, he offers an in-depth treatment of Baptism and the Eucharist in Scripture and the ancient Church.

Thoroughly documented with hundreds of footnotes, this contains perhaps the most complete compilation of biblical and patristic quotations and commentary available on Baptism and the Eucharist, as well as a detailed analysis of Sola Scriptura and Tradition.

"This is really three books in one that offers not only a compelling conversion story, but documented facts that are likely to cinch many other conversions."
- Karl Keating

"A very moving and astute story. I am enormously impressed with Ray's candor, courage and theological literacy."
- Thomas Howard

Stephen K. Ray was raised in a devout and loving Baptist family. His father was a deacon and Bible teacher, and Stephen was very involved in the Baptist Church as a teacher of Biblical studies. After an in-depth study of the writings of the Church Fathers, both Steve and his wife Janet converted to the Catholic Church. He is the host of the popular, award-winning film series on salvation history, The Footprints of God. Steve is also the author of the best-selling books Upon This Rock, and St. John's Gospel.

The Meaning of the World Is Love