A Novel of the Reformation 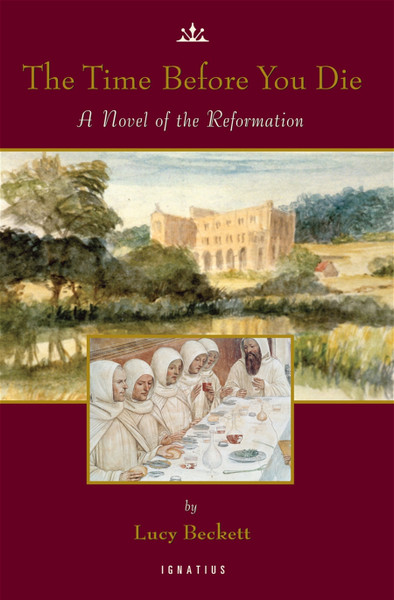 A powerful, beautifully written novel of loss, finding and being found, set in a very traumatic time in European history--the Protestant Reformation. The turbulent sixteenth century saw the disintegration of medieval Christendom as it was split into sovereign states. This was particularly destructive in Tudor England, where rapid switches in government policy and religious persecution shattered the lives of many.

Especially affected were the monks and nuns who were persecuted by the wholesale dissolution of the monasteries carried out under Henry VIII. One of these monks, Robert Fletcher, a Carthusian of the dismantled priory of Mount Grace in Yorkshire, is the hero of this novel.

The story of this strong, vulnerable man is told in counterpoint with the story of one of the most interesting men in all of English history, Reginald Pole, a nobleman, scholar and theologian who was exiled to Italy for twenty years. He was a cardinal of the Church and a papal legate at the Council of Trent. As the archbishop of Canterbury, with his cousin Queen Mary Tudor, he tried, in too short a time, to renew Catholic England. This man, in the tragic last months of his life, becomes in the novel the friend of Robert Fletcher, condemned as a heretic.

Readers will learn much from this novel of the anguished period that gave birth to Tridentine Catholicism, the Anglican Church, and other Protestant churches. This same period saw the martyrdom of Thomas More, Thomas Cranmer, John Fisher and many others. The profound issues raised in this novel, which contains no altered historical facts but more human truth than facts alone can deliver, have not gone away.

“This great novel places us in the turbulent time of the English Reformation where we experience the common trauma of the day, and then, as in all excellent historical fiction, we ask ourselves, ‘Where does my choice lie?’ Seldom has this challenge been given so well. Beckett is a very gifted writer."
—Michael D. O’Brien, Author, Father Elijah: An Apocalypse

“Lucy Beckett combines scholarship with imagination to tell the story of an evicted Carthusian monk and of a great ecclesiastical statesman who tragically failed to save England for the Catholic Church. An enlightening, moving, historical novel that is a pleasure to read.”
—Piers Paul Read, Author, Alive: The Andes Survivors

A Time to Die (Digital)

A Time to Die

A Time to Die (Digital)